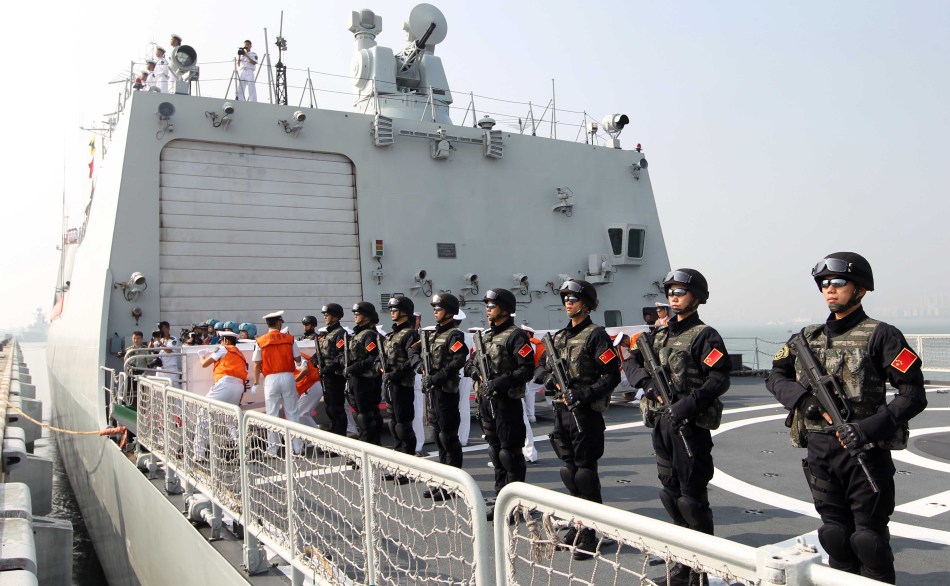 At both the APEC and ASEAN summits, attempts were made to deal with the building impasse over the South China Sea issue. Tensions over the region have grown steadily since 2009, after China, Vietnam and Malaysia submitted their respective claims under the UN Convention on the Law of the Sea (UNCLOS).

Currently, states in Southeast Asia are utilising four different strategies to try to solve the issue

First, states are pushing for bilateral solutions in incremental stages. Beijing has repeatedly stated a preference for this method, but regional states widely regard it as an attempt to freeze resource development, while doing little to actually resolve the various claims. On the other hand, Vietnam and China recently used bilateral diplomacy to reduce tensions.

Second, attempts are being made to resolve the issue at the multilateral level, hopefully utilising ASEAN; many see this as ASEAN’s greatest test. So far it is difficult to achieve much, as only four of ASEAN’s 10 member states are involved in the South China Sea issue, and China has been able to detach the other six members at various times from positions taken by Vietnam, Malaysia, Brunei and the Philippines.

As China’s power grows, regional states should be seeking to demonstrate to Beijing the benefits, for all parties, of a rules-based system

Third, fostering closer ties to the US also remains an option, as Washington is still the predominant power in the region. The Philippines and Vietnam in particular have sought strategic reassurance through new or renewed security agreements with the US; and Washington — concerned that China covets such a strategic sea line of communication — has responded warmly.

Hillary Clinton’s recent visit to Manila, for example, saw a US reaffirmation of the US-Philippines Mutual Defense Treaty, while the US and Vietnam are planning greater military cooperation and exercises.

And fourth, Southeast Asian nations are involving non-regional states in the issue. Vietnam’s agreement with India on drilling in contested waters falls into this strategy, and follows a general campaign by Hanoi to engage external states and oil firms — such as Chevron, Exxon Mobil, BP and Zarubezhneft — as a form of pressure on Beijing.

But these strategies are not making the slightest difference, and serve only to exacerbate tensions. Rather, a fifth way, long-discarded by regional analysts, is more appropriate: the introduction of a legal framework for the South China Sea issue.

While discussions around the Sea tend to look at continental shelves, innocent passage, exclusive economic zones, global commons and the strategic considerations of US–China rivalry, at heart the issue is one of sovereignty. As such, it holds a particular place in the public perceptions of the six claimant states’ populations.

It would be impossible for any diplomat to give concessions on these issues of sovereignty without risking material harm to their government. This is particularly true of China, where there are strong public perceptions over the issue.

Choosing one of the three legal mechanisms on offer — the UNCLOS tribunals, the International Tribunal for the Law of the Sea, or the International Court of Justice — would neatly bypass this challenge, putting responsibility for any decision with a third party. The lengthy period taken in international cases of this type may also be beneficial to regional states: ASEAN and its members could take the time to put resources into education and public awareness on maritime law, investing in legal conferences, seminars and workshops for journalists, politicians and diplomats. This could at least persuade the populations of the legal process’ fairness.

The current push for a code of conduct would do little to solve the problem in the long term — it would only staunch the bleeding. It is imperative that states in the region push for a legal solution. While it is true that Beijing continues to resist such an option, it is not the only one, and might soften its stance if ASEAN’s position on this was clear and consistent. While China feels strongly about the issue, it also cares about how it is viewed globally and regionally.

It would be useful for the region’s states to attempt their own various claims using these legal mechanisms as a first step. States should remember why international law was developed in the first place. In the absence of law, the application of power — soft and hard — has been the primary tool of states pursuing their interests. As China’s power grows, regional states should be seeking to demonstrate to Beijing the benefits, for all parties, of a rules-based system. Like Southeast Asia’s multilateral order, respect for international law provides safeguards for weaker states against stronger ones, but it also allows China to demonstrate its capacity to be a responsible power.

Regional states should realise that by pursuing the legal route they elevate law above self-interest and principle above power. This is an act that ultimately serves everyone’s interests.