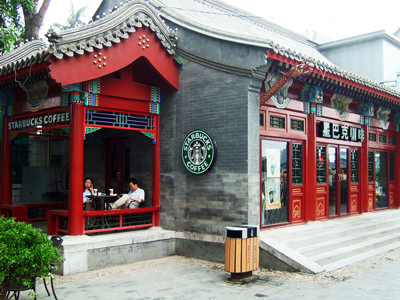 Starbucks Corp expects China to become its second-biggest retail market measured by the number of its stores by 2014, following just behind the United States in that regard, said a company executive. John Culver, president of Starbucks China and Asia Pacific, said the coffee chain is planning to move faster into smaller cities in the second largest economy in the world.

China now is the fifth-largest market for the Seattle-based Starbucks, following the US, Canada, the United Kingdom and Japan in that regard. Starbucks will go from having shops in 48 Chinese cities, as it now does, to having them in more than 70 cities by the end of 2015, Culver said at the Boao Forum for Asia, which took place in Hainan province on Sunday and Monday.

The value of sales of China’s coffee shop market is forecast to increase by 55 percent to reach 4.5 billion yuan ($714 million) in 2015

The company plans to have 1,500 stores in the country by 2015. Starbucks made new forays into 13 Chinese cities during its 2011 fiscal year, which ended in September.

The company now operates more than 570 stores in China, according to a statement from the company, which celebrated the opening in October of its 500th store in China in Beijing.

The value of sales of China’s coffee shop market is forecast to increase by 55 percent to reach 4.5 billion yuan ($714 million) in 2015, up from 2.9 billion yuan last year, data from the London-based research firm Euromonitor International show. In 2010, Starbucks held the largest share of China’s coffee shop market, occupying 66.3 percent of it, according to Euromonitor.

Whitbread Plc, owner of the Costa Coffee chain, meanwhile had an 8.9 percent share of it and McDonald’s Corp had an 8-percent share, according to Euromonitor.

“While we have an ambitious plan to accelerate our pace of growth, we will make sure we are growing the brand in a holistic way,”

Culver said. Starbucks has good reasons to bet on China. According to its latest earnings results for the quarter ended in December, the company’s comparable store sales at Asian Starbucks, including those in China, increased by 20 percent year-on-year.

In the same period, such sales increased at only a 2 percent rate in Europe and by less than a double-digit percentage in American markets. Starbucks wide awake to China market prospects|Economy|chinadaily.com.cn