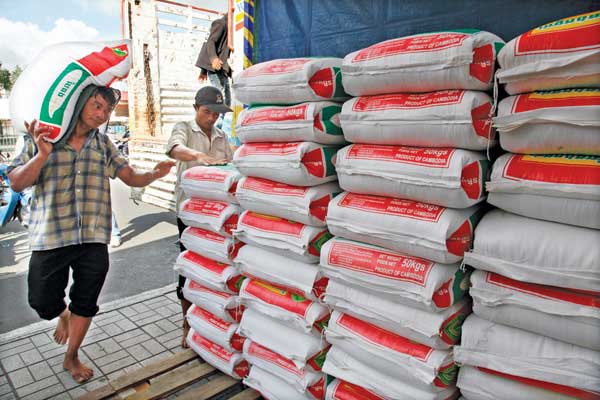 The growth represents a climb from the 3.2-percent rate registered in February, the lowest pace in 20 months. Food prices, which account for nearly one-third of the weighting in the calculation of China’s CPI, increased 7.5 percent last month from one year earlier. The rebound comes as the public fret over vegetable and fuel price hikes that have triggered a fresh wave of inflation concerns.

The country also offers convenient trade with China, India and the countries of the Association of Southeast Asian Nations (ASEAN), and easy access into the Greater Mekong sub-region, where newly emerging markets offer great business potential.

Thailand was one of the founding members of ASEAN and has been instrumental in the formation and development of the ASEAN Free Trade Area (AFTA).
AFTA entered into force on 1 January 2010 for the six original ASEAN (ASEAN-6) members (Thailand, Singapore, Malaysia, Indonesia, Philippines, and Brunei), thereby reducing import duties to zero; the so-called CLMV countries (Cambodia, Laos, Myanmar and Vietnam) will follow suit in 2015.

Thailand has forged close economic cooperation with other ASEAN member nations, and Thai manufactured products and services have access to their markets, which includes all 10 ASEAN countries. ASEAN is home to more than half a billion people, GDP in excess of US$1.5 trillion and total trade of well more than US$1 trillion per year.

Thailand is a foreigner friendly and welcoming Buddhist country. The country’s form of government is a constitutional monarchy, with a high reverence for the Thai Monarchy, and devotion to the teachings of Buddhism. And although the vast majority of the people in Thailand are Buddhist, all religions are welcome, and His Majesty the King is the patron of all religions.

Thailand planned Big Bang for the next five years

There are laws that were enacted and effective in the second half of 2008. The Demutualization of the Stock Exchange of Thailand (SET) was approved for implementation in 2009 and aims to restructure the SET organization by 2013. The Stock Exchange of Thailand (SET)’s Board of Governors approved the Demutualization of the SET group in principal. The demutualization will encourage customer’s satisfaction by promoting effective resource management, cost efficiency and maximize returns from fund-raising in the capital market. Under this plan, the SET will become a listed company on the Exchange by 2011, by which time it will have achieved its 5-year strategic targets including doubling capitalization of the cash equity market and its revenue by 2013 – with 25 percent of this income coming from new products.

The SET has replaced the Automated System for the Stock Exchange of Thailand (ASSET) with the new automated trading system named the Advanced Resilient Matching System (ARMS). This new system, which matches with those used by leading global stock market, can accommodate higher trade volumes and new products and support the planned ASEAN Linkage project. The Financial Sector Master Plan (FSMP) Phase II is expected to be implemented next year. The Financial Sector Master Plan (FSMP) Phase II, which is a five-year plan ranging from 2009-2013, will be implemented in 2009. This plan aims to reduce operating costs of financial institutions; increase competition among financial institutions and non-bank entities through expanding the business scope permitted banks and greater foreign participation; and improve market architecture with the development of limited deposit insurance and greater variety in risk-management instruments. The new plan allows greater competition in the banking industry. The plan would strengthen the banking system by lowering the NPL ratio to less than 2 percent in 5 years (2013).