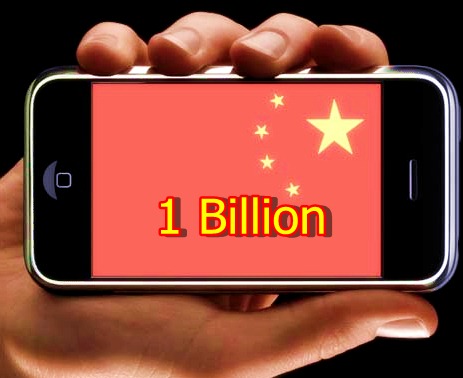 Chinese citizens are increasingly relying on mobile phones as a primary method of communication, according to data released by the Ministry of Industry and Information Technology on Friday. The number of mobile phone users in China increased by 32.57 million to 1.02 billion in the first quarter of this year, the ministry said.

Of the mobile phone users, the number of subscribers to third-generation services expanded by 23.64 million to 152.06 million during the period. Meanwhile, fixed-line subscribers dropped by 1.08 million in the first three months. The business revenues of the country’s telecommunications industry rose by 10.2 percent year-on-year to 250.5 billion yuan ($39.76 billion) during the period. The rise was 0.8 percentage points higher than the growth rate registered in 2011.0

During the period, the industry’s service prices dropped 6.1 percent from a year earlier, with fixed-line services and mobile services down 4.6 percent and 6.4 percent, respectively. Read More

Critical points and misconception about investing in Thailand