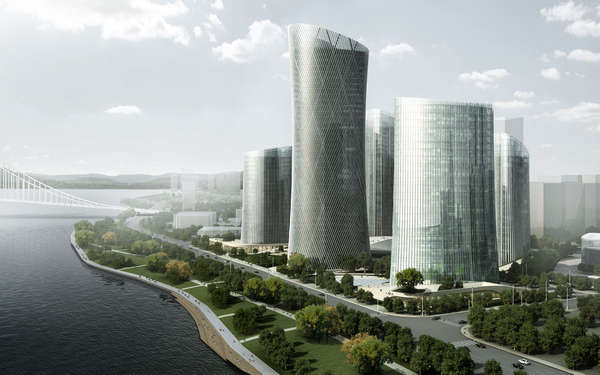 After surviving a private lending crisis that almost crippled the local economy and spilled over to neighboring places last year, the city known as the cradle of China’s private businesses now has a new tag — a financial reformer.

As part of the pilot scheme, a private lending registration service center was inaugurated late April in Wenzhou to serve as an intermediary between borrowers and lenders in an attempt to standardize private lending in the city, where private funds are plentiful.

“It took only one week to get a loan after I applied for it at the center,” said Hu Suliang, a digital product store owner who became the center’s first customer to obtain a one-month loan of 50,000 yuan ($8,000) from an individual.

“The interest rate is acceptable and it meets my urgent need,” Hu said.

To get the loan, he had to collateralize his car and agreed to pay a 1.6-percent monthly interest rate, which is about twice the official rate in banks.

Due to the high risks of lending to small and medium-sized enterprises (SMEs), the banks are very cautious in granting loans to such operations, as the country’s macro control policies have made credit very tight in the banking sector.

The country’s well-defined investment policies focus on liberalization and encourage free trade. Foreign investments, especially those that contribute to the development of skills, technology and innovation are actively promoted by the government. Thailand consistently ranks among the most attractive investment locations in international surveys, and the World Bank’s 2010 Ease of Doing Business report places Thailand as the 12th easiest country in the world in which to do business.

Thailand continues to reform its financial and corporate sectors in order to be better prepared in the greater competitive market.

In addition the Exchange will increase foreign listings to not less than 5 percent of total market capitalization. The new structure proposes 2 major groups: (1) The Stock Exchange of Thailand and (2) the Capital Market Development Fund (CMDF). The SET will focus mainly on the capital market functions while the CMDF will deal with long-term capital development through investor education, capital market personnel development and support for SET Research Institute, corporate governance and corporate social responsibility.
The SET has replaced the Automated System for the Stock Exchange of Thailand (ASSET) with the new automated trading system named the Advanced Resilient Matching System (ARMS). This new system, which matches with those used by leading global stock market, can accommodate higher trade volumes and new products and support the planned ASEAN Linkage project. The Financial Sector Master Plan (FSMP) Phase II is expected to be implemented next year. The Financial Sector Master Plan (FSMP) Phase II, which is a five-year plan ranging from 2009-2013, will be implemented in 2009. This plan aims to reduce operating costs of financial institutions; increase competition among financial institutions and non-bank entities through expanding the business scope permitted banks and greater foreign participation; and improve market architecture with the development of limited deposit insurance and greater variety in risk-management instruments. The new plan allows greater competition in the banking industry. The plan would strengthen the banking system by lowering the NPL ratio to less than 2 percent in 5 years (2013).