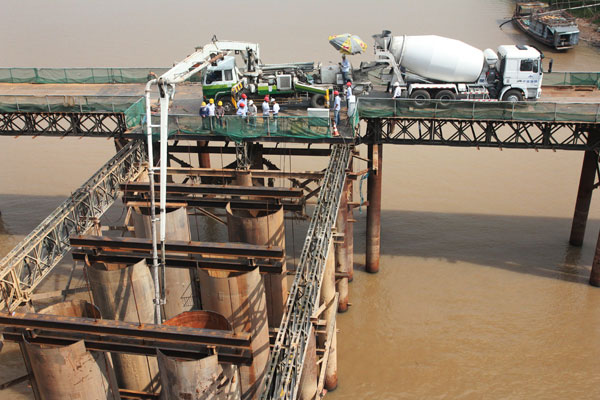 It’s been done numerous times, comparing the “China miracle” to its emerging and frontier neighbours as a benchmark for development.Cambodia might seem an ill-fitted student of the world’s second-biggest economy. But a recent report from the Cambodia Development Resource Institute pointed to some lessons the Kingdom should heed.

The CDRI report, released yesterday, looked to China’s model for developing industry, agriculture and alleviating poverty, as well as how the strategy could apply to Cambodia.

“China’s development experiences and reform are ones that Cambodia can further examine as heavy involvement of the Chinese government in the development process has contributed to its impressive growth for the last three decades,” the report said.

The two countries – their budgets, demographics, markets – are fundamentally different, and it could be difficult to apply China’s growth lessons in Cambodia, Chheng Kimlong, a business and economics lecturer at the University of Cambodia, said.But the manner in which the Chinese government has supported select sectors has been an important part of the country’s development strategy, he said.“One of the things that China is depending on is the advancement of technology.