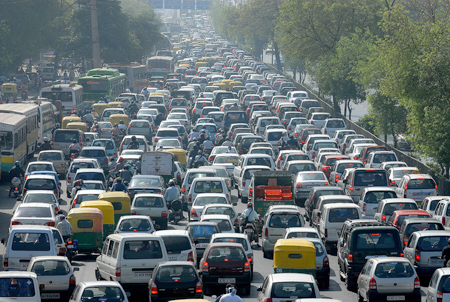 China faces a potential overcapacity problem after both production and sales witnessed explosive growth over the past decade.

The robustness of the Chinese auto market since 2000 has come on top of growing appetite among Chinese consumers for cars and years of government support policies including tax breaks and subsidies for the sector, said Chen Bin, director of the Industrial Coordination Department of the National Development and Reform Commission, China’s top economic planner.

China in 2009 overtook the United States to become the world’s largest auto market in terms of sales. Sales continued to surge in 2010, jumping more than 32 percent to 18.06 million units. However, growth sharply contracted to only 2.45 percent last year, with a slowing economy and the expiration of policy incentives for car purchases.

“The great market demand has pushed many car producers to expand production, but this has led to problems such as poor industrial structure, brand incompetence, and inadequate innovation,” Chen said at an international car forum held in Tianjin in north China.

Thailand has forged close economic cooperation with other ASEAN member nations, and Thai manufactured products and services have access to their markets, which includes all 10 ASEAN countries. ASEAN is home to more than half a billion people, GDP in excess of US$1.5 trillion and total trade of well more than US$1 trillion per year.

Why innovation matters more than ever