Barry Eichengreen is Professor of Economics and Political Science at the University of California, Berkeley.

In carving out a global role for the renminbi, Chinese policymakers are proceeding deliberately. In the words of the venerable Chinese proverb, they are “feeling for the stones while crossing the river.”

Will China’s plan for transforming the renminbi into an international rival to the dollar succeed?

The authorities’ first step was to authorize Chinese companies to use the renminbi in cross-border trade settlements. As foreign firms exporting to China accepted payment in renminbi, the currency piled up in their bank accounts in Hong Kong. That led to the next step: Foreign firms wishing to invest in China were allowed to tap those deposits by issuing renminbi-denominated bonds, and eligible offshore financial institutions were permitted to invest renminbi funds in China’s interbank bond market.

Then, last summer, China announced plans to allow banks in Hong Kong to lend renminbi to companies in Shenzhen, opening that city financially to the rest of the world. The expectation is that if financial opening works in Shenzhen, it will be implemented more widely.

Finally, as a step toward making the renminbi a reserve currency, China signed currency-swap agreements with the Philippines, South Korea, Japan, and Australia. Meanwhile, Malaysia, Nigeria, and Chile have already acquired modest amounts of renminbi reserves. Other central banks are expected to follow.

Will China’s plan for transforming the renminbi into an international rival to the dollar succeed?

The answer, in my view, turns on how China addresses four challenges.

First, China will have to build more liquid financial markets. Its bond markets remain small, and trading volume is low, because the majority of bonds are held to maturity by domestic investors. This is a matter of considerable importance to central banks, which value liquidity when deciding which currencies to hold as reserve. After all, it is the liquidity of US Treasury bonds that makes them the world’s leading reserve asset.

Second, much will depend on how China navigates the transition to a more open capital account. History is littered with financial crises occurring in the wake of precipitous capital-account liberalization. Falling prey to a crisis would not exactly encourage international use of China’s currency.

Third, the renminbi’s international and reserve-currency prospects will be shaped by how China handles its growth slowdown. The key will be whether it manages a smooth deceleration, in which case renminbi internationalization will proceed, or suffers a hard landing, in which case social unrest will intensify and all bets are off.

The last challenge can be stated as a question that is rarely posed:

Is China’s political system an obstacle to renminbi internationalization?

The pound sterling and the dollar, the principal international and reserve currencies of the nineteenth and twentieth centuries respectively, were issued by democracies. Britain and the US had contested elections and political systems that limited the arbitrary exercise of executive power – institutions that are absent in China’s political system.

One reason why democracy might matter for international currency status is that democratically elected governments are best able to make the credible commitments needed to develop deep and liquid financial markets. They can commit not to expropriate creditors, since the latter will vote them out of office if they do. And the same respect for creditor rights that reassures domestic investors reassures foreign investors – both official and private – as well.

Might it be possible for China to establish limits on arbitrary executive power and strengthen creditor rights sufficiently without undertaking a full-fledged transition to democracy?

Until now, constraints on decision-making by the general secretary of the Chinese Communist Party, the country’s highest-ranking official, have been – how to put it politely? – limited. But that is beginning to change. The general secretary is increasingly constrained by the CCP’s other institutions. The deliberations of the National People’s Congress, for example, are becoming less ceremonial and more substantive.

Other bureaucratic decision makers, for their part, are increasingly constrained by requirements of transparency and disclosure. Internet-based movements are forcing Chinese policymakers to strengthen labor and environmental standards. Why not creditor rights?

Since the early nineteenth century, the leading international currencies have been those of countries with democratic political systems, where arbitrary official action is constrained and creditors are well represented. This does not imply that China must have a Democratic Spring before the renminbi becomes a leading international and reserve currency. But it does suggest that it will have to strengthen the powers of the National People’s Congress further and create a more transparent rules-based bureaucracy in order to achieve its monetary goals.

The opinions expressed here are those of the author, not necessarily those of the World Economic Forum. Barry Eichengreen is Professor of Economics and Political Science at the University of California, Berkeley.

Published in collaboration with Project Syndicate.

The Thai Message about shopping

8 Mistakes Which Will Kill Seed Funding

2017 saw Australia sign an agreement with Thailand in a bid to boost regional community security and they are now working in tandem with other Asian countries such as Singapore and China in a bid to tackle cybercrime within the Asia Pacific region. END_OF_DOCUMENT_TOKEN_TO_BE_REPLACED

The number of companies choosing Australia to establish an Asia-Pacific headquarters is on the rise. END_OF_DOCUMENT_TOKEN_TO_BE_REPLACED 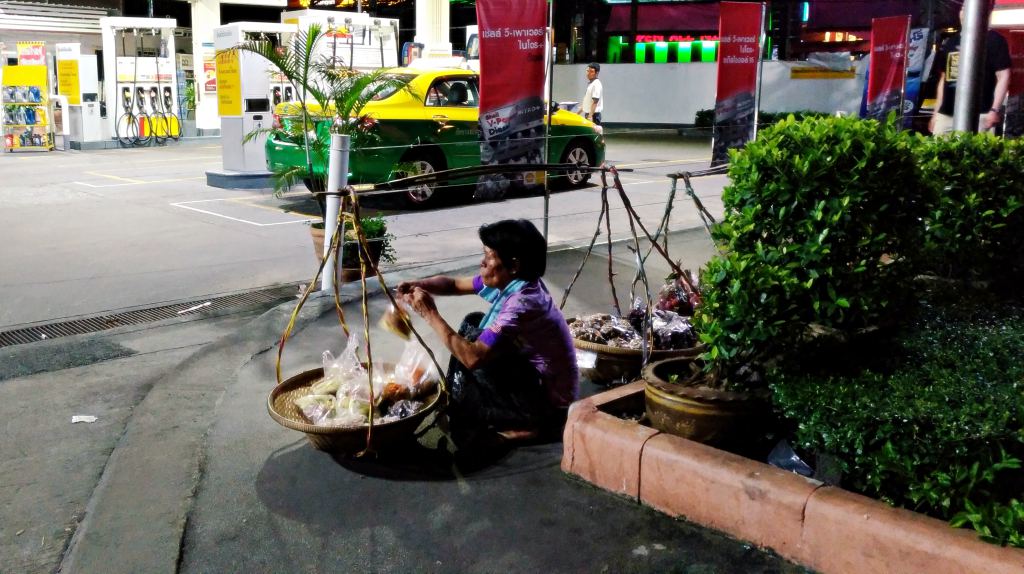 Financial pressures on employees are pervasive. The latest edition of Willis Towers Watson’s Global Benefits Attitudes Survey (GBAS) showed that 43 percent of employees in Asia worry about their future financial state; and one in four say financial problems negatively impact their lives. END_OF_DOCUMENT_TOKEN_TO_BE_REPLACED