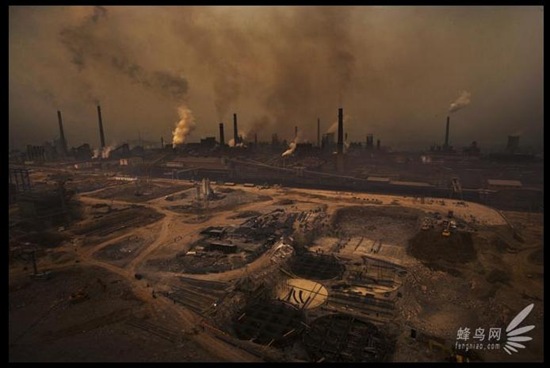 The Chinese economy continued to pull back in the third quarter, but the slowdown was accompanied by a stronger emphasis on restructuring and a faster pace of industrial upgrading, according to authorities.

The nation’s tertiary industry continued to expand, growing by 1.2 percentage points year-on-year to account for 43.8 percent of the GDP in the third quarter, according to Sheng Laiyun, spokesman for the National Bureau of Statistics.

The progress in restructuring was made on top of enhancements in agricultural production, said Sheng, who expects that grain output is likely to rise for the ninth consecutive year in 2012.

However, analysts noted that restructuring efforts do not automatically result in accomplishments, and these efforts do not have a cause-and-effect relationship with an economic slowdown. Government policies are badly needed to spur the process and guide the direction it will take.

Data showed that third-quarter growth in the world’s second-largest economy dipped to 7.4 percent, slowing for the seventh straight quarter and marking the slowest pace since 2009.

The Chinese government has come to realize the significance of restructuring, especially since the onset of the global financial crisis in 2008 and early 2009, when millions of migrant workers from rural areas became jobless as declines in orders forced factories in the country’s coastal areas to close.

Restructuring has been an official mantra in the country in recent years, with senior government officials invariably stressing that changes should be made to the economy’s growth pattern, saying this will be the only path for sustainable development.

From the industrial development perspective, the government has prioritized seven major emerging industries, including energy conservation and environmental protection, biology, new-generation IT, high-equipment making, new energies and materials and new energy vehicles, in its development plan for the 2011-2015 period.

Most recently, the government decided to fund innovation in new energy vehicle design and development, as well as battery technologies.

The government has also set both annual and longer-term goals for the reduction of carbon emissions, putting more pressure on a timetable to shut down outdated production capacities in old industries.

Sheng Laiyun said that energy consumption per unit of economic output declined 3.4 percent in the first three quarters, compared with a drop of just 0.8 percent in the same period last year.

Ministry of Commerce spokesman Shen Danyang said Friday that the nation’s trade structure and the added-value of exports were improving, adding that commerce departments have not played down restructuring and growth-pattern changes even though stabilizing exports is currently a major target.

Behind China’s astounding economic growth figures, imbalanced regional development, disparities in urban-rural development and disproportionate wealth distribution between the rich and poor are being pointed to as the three “major gaps” impeding the nation’s development. Even worse, these issues have dampened public trust in the government.