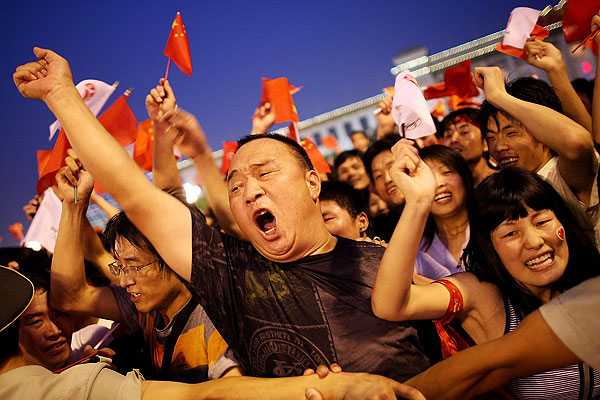 Throughout the world, we are witnessing a growing middle-class with increased spending power. Nowhere is that more evident than in China, which, Cant says, is one of the largest markets in the world for cars, PCs and smartphones.

Most Chinese households now have basic goods such as TVs and fridges, but with higher salaries and a greater ability to make purchase choices, consumers are moving up the chain and buying premium level products in everything from food and drink to technology. But who are these new consumers?

By 2030, more than 1 billion people in China will be classed as middle-class

By 2030, more than 1 billion people in China will be classed as middle-class

“For the first time ever there are more people living in China’s cities than in the countryside and this trend will only continue,”

“By 2030, more than 1 billion people in China will be classed as middle-class, earning more than RMB30,000 a year, and they’re spending their disposable income rather than saving as they have done in the past.

“These consumers are educated, skilled, price savvy and internet savvy. In fact the rise of the internet and online spending is one of the biggest success stories in China.

“Foreign brands are very popular with China’s young consumers, particularly those visible products that have status appeal. I also see real opportunities for overseas investors in areas such as vitamins, health foods and medical devices as China’s health system and awareness continues to improve. Beyond that, travel and entertainment are increasingly popular, indeed the rise of the Chinese tourist is one of the most significant trends we will see.”

Worst may be over for China

How to Impress Your Future Chinese Boss