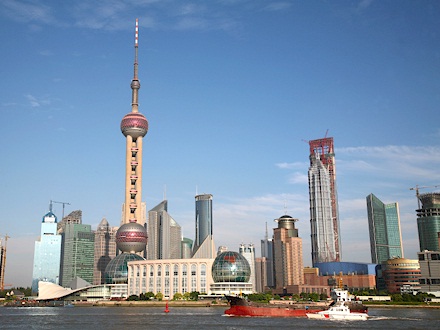 China will continue to rebound in the short term but its challenges will increase in the medium term. China’s new leadership can build on long-term potential.

Some observers believe China’s growth prospects will decline dramatically, plunging to 4 to 5 percent in the next decade. Others argue that, with economic development, some deceleration is inevitable, but growth would remain around 6 to 8 percent in the coming decade.

So how can China sustain its growth in such a challenging international environment?

As former general secretary of the Communist Party of China Hu Jintao said at the 18th Party Congress, China should double its 2010 GDP and per capita income for both urban and rural residents by 2020. This was the first time per capita income was included in the country’s 2020 blueprint.

If China is rebounding, why did the benchmark Shanghai market recently close at its lowest level in almost four years?

Under Xi, the new leadership is likely to move toward vital structural reforms. Such changes are predicated on political consensus and strong enforcement. Liberal reforms require tough hands. For instance, the appointment of Vice-Premier Wang Qishan to head the anti-corruption campaign signals a new momentum.

Like former president Jiang Zemin and former premier Zhu Rongji, the new leadership will support market forces. And like President Hu Jintao and Premier Wen Jiabao, they will seek to bridge the income gap.

If efforts are not made to achieve equity in wealth distribution, growth will foster polarization and contribute to instability. Without growth, welfare cannot be created, let alone sustained. A “more balanced, coordinated and sustainable” China will thus need growth to sustain equity, and equity to sustain growth.

In that case, how will the new leadership proceed?

In January and February, the central government moved toward a mini-economic stimulus package – a broad array of fiscal and monetary policies, cuts in interest rates and reserve ratios, a slate of infrastructure projects, tax relief, subsidies, and investment projects among provinces and State-owned enterprises.

Though the deepening US stagnation and the escalation of the eurozone debt crisis still had a negative effect on April data, the accelerated mini-stimulus policies’ impact was clear in the third quarter. And in the fourth quarter, the recovery is spreading across the Chinese economy.

Now the 7.5 percent annual growth is well within target and could be exceeded – at about 8.2 percent in 2012 and 8 to 9 percent in the coming years. That, in turn, will strengthen the starting point of the new Chinese leadership in March 2013.

If China is rebounding, why did the benchmark Shanghai market recently close at its lowest level in almost four years?

Shanghai’s market is dominated by small retail investors, with the role of foreign investors still being limited. But times are changing. Since spring, deregulation has gradually taken off in the financial sector. Today, China is still compelled to export capital to other countries. But in the coming years, Chinese people should be the primary beneficiaries of their own savings.

On the other hand, uncritical progress is not warranted. When New York City became the world’s financial center, Britain lost its competitiveness. When Wall Street grew into the global financial hub, de-industrialization eroded the US’ industrial base. Therefore, what China needs is a balance between financial reforms and the structural transition to innovation-led economic growth.

During the first three quarters of 2012, urban disposable income has grown faster than GDP, suggesting that the Chinese people continue to reap growth benefits in almost all regions.

In the medium term, China’s development requires the spread of prosperity from the coastal regions to the inland and the western regions. In the country’s first- and second-tier cities, the ability of migrant workers to obtain a permanent residential status – hukou or household registration – would support accelerated consumption. The first tests in small cities have been promising.

A year ago, Xi Jinping supported the acceleration of economic reforms by saying that it is necessary to “pay even more attention to a top-level design for reform and a long-range plan for reform”.

In the medium term, these structural reforms are likely to include:

A shift from investment-driven to consumption-led growth; expanding social security and health services; a shift from cost efficiencies toward innovation-driven competitiveness and the gradual reduction of subsidies; increasing efforts at sustainable development; strengthened local governance, coupled with a shift in the growth model from land-sales to increasing efficiencies; and further integration of China into the world economy.

None of these reforms will be easy. Furthermore, the reduction of local government debts is critical to sustained growth. The progress, however, can be monitored by three important benchmarks: the struggle against corruption, affordable housing and further reform of State-owned enterprises.

In the past decade, export-led growth has supported China’s expansion. In the coming years, global trade will grow slowly and, hence, China’s trade engines, especially Guangdong province, must move toward innovation-driven growth.

By mid-2013, the new leadership is likely to develop its policy platform. At the broadest level, the policies are likely to focus on economic structural reforms, continued intra-party democratization, intensified fight against corruption, and China’s rising global influence.

Dan Steinbock (born 1954) is Research Director of International Business at the India, China & America Institute (United States), and Fellow at Shanghai Institutes for International Studies (China), a leading think-tank, where he focuses on China, ASEAN, G20 and the new global political economy.