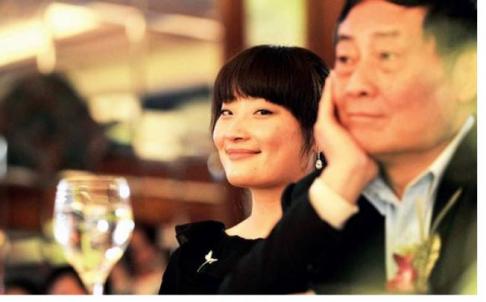 What is it like to be the daughter of China’s wealthiest man? “Rich and boyfriendless,” according to Zong Fuli, the only daughter and heiress of beverage tycoon and billionaire Zong Qinghou.

Zong Fuli, 30, said in a magazine interview she’s never had a boyfriend.

“It’s not easy for her to tell whether men are genuinely interested or just in her wealth,” the report said. “It turns out all of them just want to do business.”Zong’s revelation has become a hot topic on China’s social media, where netizens eagerly offer advice.

“Zong should give away all his money to poor children in rural villages so his daughter can find Mr Right,” said one blogger on Sina Weibo, one of China’s Twitter-like services.“Fake a new identity and get a low-key job,” suggested another Weibo user. “Then you will find true love.”

“Forget about men,” advised another Weibo user, “they will all go after your money.”Zong Qingho, chairman of Wahaha group, topped the Hurun Rich List last year with a personal fortune of US$10 billion HK$78 billion.His daughter, Zong Fuli, studied business in the United States. She returned to China in 2004 before joining the management of Wahaha in March 2005. Zong Fuli has since gained a reputation as hard-working and independent.

China Gets New Chinese Domain Extensions Such as ‘.gossip’