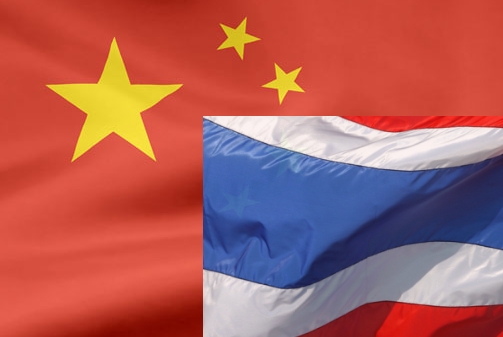 Thailand’s Siam Commercial Bank expects China’s direct investment in Thailand to increase two fold in the next five years, due to the mainland’s economic reforms and the Kingdom’s attractive tax incentives, The Nation reported.


Siam Commercial Bank expects China’s direct investment in Thailand to double in the next five years, due to the mainland’s economic reforms and the Kingdom’s attractive tax incentives.

Meanwhile, Beijing’s “Go Out” policy is driving Chinese companies to expand their production bases to Asean, in order to reduce the high costs they face in China, he said.

Thailand is an attractive destination for such businesses, thanks to the Board of Investment’s eight-year corporate-tax exemption for foreign companies wishing to establish a manufacturing presence here.

China has already cancelled its own tax-incentive policy, as the government wants its private sector to invest outside the country to avoid anti-dumping cases.

Chinese investment currently represents less than 10 per cent of foreign direct investment in Thailand, but SCB believes this will double over the next five years, Manop said.

In geographic terms, Thailand is an attractive investment destination within Asean, while China and Thailand have recently strengthened cooperation through a number of schemes, including China’s involvement in the Kingdom’s high-speed rail plans and a clearing bank for Chinese yuan, he said.

via SCB tips big jump in Chinese investment – The Nation.

The Bank of Thailand, the Ministry of Finance, and related parties proposed two new measures to support business recovery and transformation post-COVID-19.

BANGKOK (NNT) – The Bank of Thailand (BoT) has added measures for retail loan restructuring, as part of its third phase of debt relief for individual borrowers, aiming to ease hardships caused by the COVID-19 pandemic.