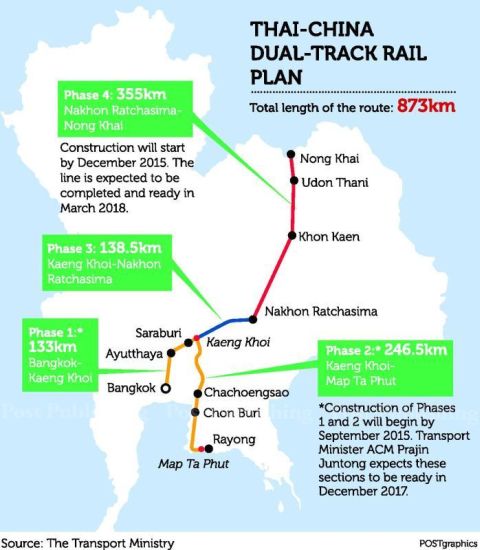 If negotiations go on smoothly, construction will start at the end of this year or the beginning of the next, Prajin Juntong told Xinhua on the sidelines of the 13th China-ASEAN Expo in China’s southern city of Nanning.

The upgrading of the railway network is of great significance to the Thai economy, and China has plenty of experience with high-speed railways, Prajin Juntong said.

Currently, Thailand and China are negotiating financing and other issues, he said.

According to Thai sources, the Bangkok-Nakhon Ratchasima railway will use Chinese trains and Chinese technology.

Thailand and China signed documents on the development of Thailand’s transportation infrastructure in 2014.

33 million visitors to Thailand throughout 2016. Boon or Bane ?