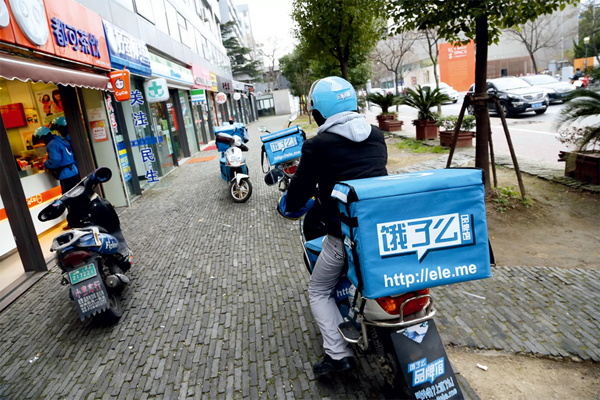 Alibaba and its finance affiliate, Ant Financial, are in talks to lead a round of at least US$1 billion into Ele.me, one of China’s leading food delivery startups.

The financing from Alibaba and Ant Financial will value Ele.me at $5.5 billion to $6 billion and help it compete with a rival service backed by Tencent Holdings Ltd.

Once completed, the deal would mark the country’s second-largest startup fundraising effort so far in 2017, surpassed only by ride-sharing giant Didi Chuxing’s $5.5 billion round.

While meal-delivery businesses around the world have struggled for profits, China’s two largest Internet companies see on-demand services as a way to promote their lucrative online payments services.

Growth in domestic food and restaurant transactions also outstrips many other retail segments in the world’s second largest economy.

The ticket booking app received a US$100,000 investment from Obor Capital. Cambodia’s relatively small population means venture capital is scarce. It doesn’t present a huge market potential on its own.

This has made entrepreneurs self-reliant, and sometimes forces them to wear multiple hats.

Founded in 2014, Camboticket sells tickets for buses, private taxis, and ferries for inter-city travellers within Cambodia and cross-border trips to and from neighboring countries, like Laos, Vietnam, and Thailand. It claims to sell an average of 6,000 seats a month.

Ticket sales aren’t its only source of revenue. Camboticket offers booking software for transportation companies to manage their operations and distribute seat inventory.

The startup is Obor’s first tech investment. It doubles as a test bed for the VC to explore opportunities beyond traditional investment sectors.

Related Topics:alibabaOBORone belt one road
Up Next

Guangxi to play a Strategic Role in Belt and Road Initiative