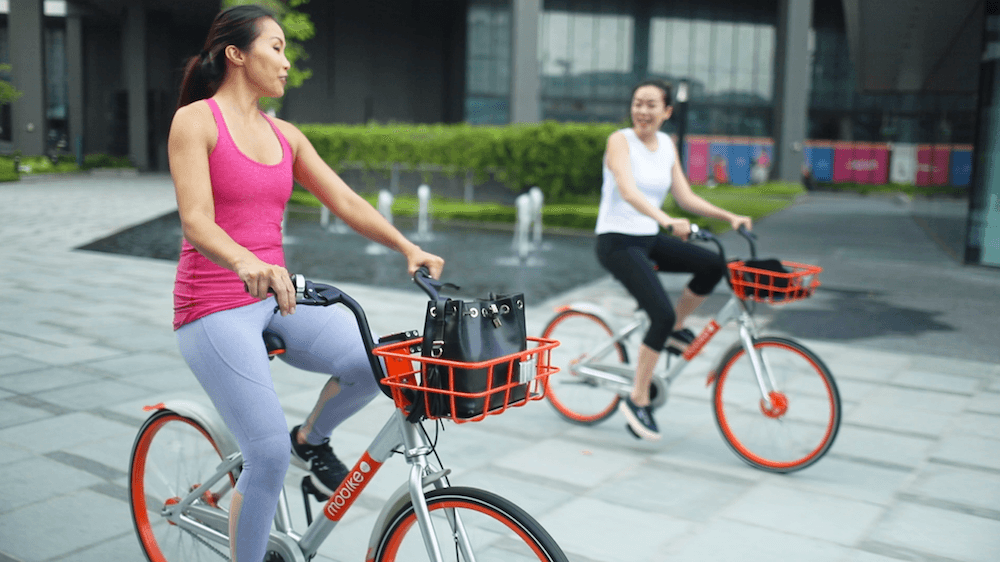 For a monthly fee, China’s urbanites can now hop onto a bicycle for their daily commute.

Mobike, one of the nation’s top two dockless bike-share startups, yesterday rolled out a Netflix-style subscription for its service as an alternative to the usual pay-as-you-ride charge.

It’s offering the first month for free, followed by 20 RMB – that’s US$3 – per month thereafter.

So that’s a whole year of riding for the cost of seven Starbucks cappuccinos.

A Mobike representative tells Tech in Asia the aim is to “support riders” and “increase rider loyalty.”

Riding a Mobike in Shanghai. GIF credit: Tech in Asia.

Mobike and arch-rival Ofo are racing to expand across China – while at the same time picking out a handful of overseas cities for launch. Mobike is this week making its UK debut by hitting the streets of Manchester. Next up is Japan with launches in Fukuoka and Sapporo.

Mobike, boosted by this month’s US$600 million funding, now covers 130 cities globally – with a target of 200 by the end of the year.

The subscription – for now only in Chinese cities – limits Mobike riders to no more than two hours per day. Chinese consumers are recently getting the hang of monthly packages for online services such as music and movie streaming.

What it's like to use the original iPhone in 2017