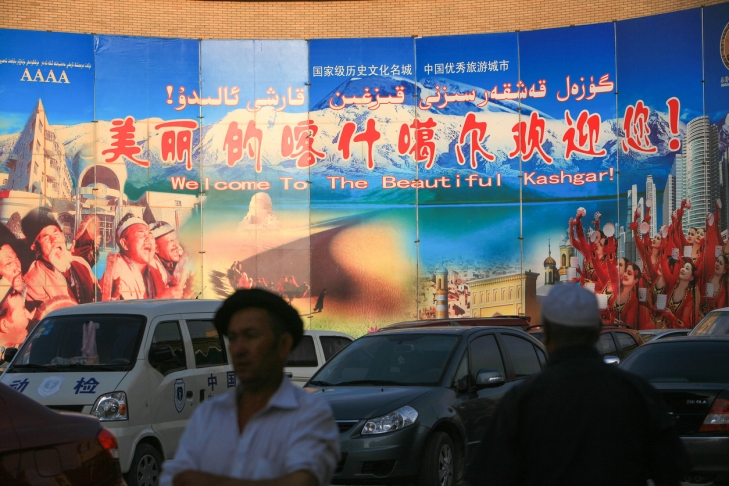 According to official Chinese data, the western province of Xinjiang grew by 7.6 percent in 2016, 0.9 percentage above the national average. While most of China were dipping into mid- or high-single digit growth, Xinjiang registered no less than 11 percent from 2010 to 2014.[i]

“The BRI is about infrastructure, road construction, and energy pipes,” explains Chun-Yi Lee, Lecturer at the School of Politics and International Relation at the University of Nottingham. “If so, then I start with Xinjiang as the province being the main gateway by land into Central Asia and Europe. The infrastructure investment to build pipelines and roads started back in the 1980s.

“Xinjiang is the main gateway of the Silk Road economic corridor to Central Asia and Europe because of its geographic location. It also has considerable reserves of oil and gas, so the pipeline construction also started before BRI became a buzzword.”

She concludes, “All this activity in Xinjiang should have made Xinjiang a regional power and increased China’s bargaining power with neighbouring Central Asian countries. At least, all that good stuff was what the Chinese government expect [all this to lead to].”

Lee was making these observations as the recent SMU School of Social Sciences seminar, “Fifty Shades of China Dream: Under the Framework of OBOR”, referring to the BRI’s former name, One Belt One Road or OBOR. Lee also pointed out the less-than-rosy reality on the ground in Xinjiang, where the 2009 July 5th Urumqi riots claimed nearly a thousand lives according to official numbers, a figure often claimed to be higher.

“The government believed economic development to be a good way to secure peace not just with other countries but also restive citizens,” Lee says.

“The division between Han and non-Han people widened even more with the government pouring money into Xinjiang. The reason was that most of the job opportunities were controlled by the Han people. It actually led to Han consolidating their position, and conversely weakened those of non-Han people. If you wanted to get a decent position, you had to speak and write good Mandarin. In Xinjiang, the Uighur had their own language. It deterred the Uighurs from getting good jobs, especially in the government bureaucracy.”

That has led to Uighur concerns over coerced assimilation at the expense of the own culture, and increasing displacement. Ever tightening controls have stoked fears of a “security state” in the province, making a mockery of the BRI’s aims of invoking the “Silk Road Spirit” of “peace and cooperation, openness and inclusiveness”.

“So what does government do to address this issue?” Lee asks rhetorically. “They implement ever tighter controls. In all the big malls, there are security checks like those in airports. Also, there is a police station every 500 metres on every major road. The local authorities’ answer for why there are so many police stations is that there are toilets in these buildings, which are open to the public.”

Assuming Beijing manages to keep the peace in Xinjiang, the Southern Xinjiang Railway in Kashgar will serve as main connection point to Pakistan’s railway network as part of the China-Pakistan Economic Corridor (CPEC), which projects now come up to an estimated US$62 billion. A series of power plants will also be built to shore up Pakistan’s crumbling power grid.

At the heart of the CPEC is China’s access to the warm water port of Gwadar in Southwestern Pakistan, thereby allowing Chinese ships to bypass the Strait of Malacca to the east. But details on construction projects are opaque, making the commercial loans that fund the enterprise a possible trigger to eventual default. What would China do in times of financial distress for recipients of BRI money?

“I can’t answer that question,” Lee concedes before adding that the physical infrastructure is something China “can take back. They can take control of the train stations or the public road or the transport system.

Is There Any Way to Counter China’s Gray Zone Tactics in the South China Sea?