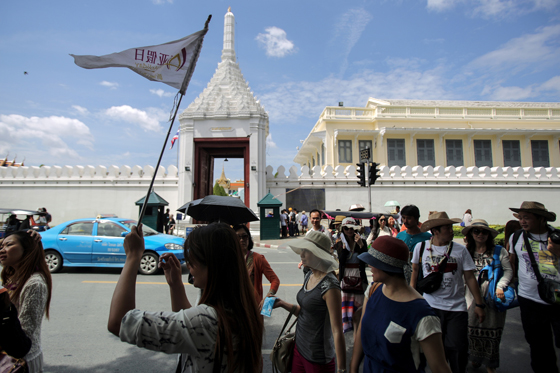 He said both the number of Chinese arrivals and their spending during the holiday will increase by 10% from last year.

“More Chinese will travel with their families, friends or as couples, so they do not need tour groups or charter flights,” Mr Vichit said.

Last year, 9.8 million Chinese tourists travelled to Thailand, generating 480 billion baht in tourism revenue, up 11% and 9% in volume and value from the previous year.

“The total number of Chinese tourists is expected at 10.8-11 million for this year,” Mr Vichit said. “I believe that China will remain the largest source market for international arrivals over the next five years.”

The Tourism Authority of Thailand (TAT) predicts that total arrivals from mainland China will continue to increase this year and tourism receipts from the market should grow to 528 billion baht, up 10% from last year.