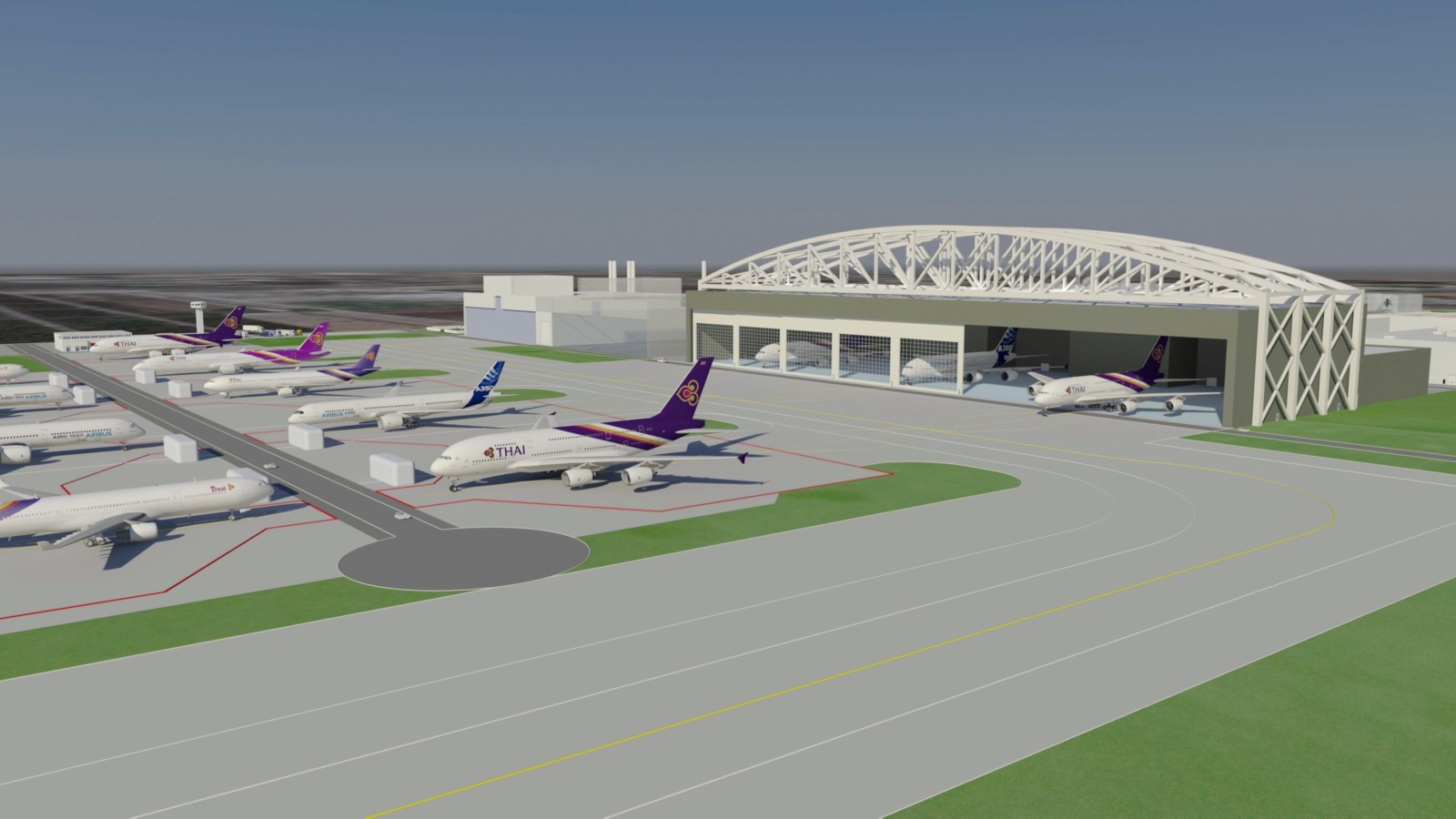 The accord was signed today at Airbus headquarters in Toulouse by Usanee Sangsingkeo, Acting President, THAI; and Eric Schulz, Chief Commercial Officer, Airbus, in the presence of Prayut Chan-o-cha, Prime Minister of Thailand and Guillaume Faury, President Airbus Commercial Aircraft.

The new MRO centre will be one of the most modern and extensive in the Asia-Pacific region, offering heavy maintenance and line services for all widebody aircraft types.

The facility will feature the latest digital technologies to analyse aircraft maintenance data, as well as advanced inspection techniques, including the use of drones to monitor aircraft airframes.

The MRO complex will also have specialised repair shops, including for composite structures, as well as a maintenance training centre offering extensive courses for technical personnel from Thailand and overseas.

“Together we will develop one of the most advanced and efficient aircraft maintenance centres anywhere in the world. We are confident that this venture will bring significant economic benefit for THAI and will be a major driver in the development of the wider aerospace sector in Thailand.”

“We are pleased to enter into this major agreement with THAI,” said Guillaume Faury, President Airbus Commercial Aircraft.

“This will further strengthen the long-term partnership between our two companies and also contribute to the success of Thailand’s new eastern economic zone. With the fleet of widebody aircraft in the Asia-Pacific region set to triple to around 4,800 aircraft over the next 20 years, the project represents a sound business opportunity for both our companies.”

“This latest agreement further consolidates our long and special partnership with THAI,” said Eric Schulz, Airbus Chief Commercial Officer. “This dates back to 1977, when THAI became one of our earliest customers. Since that time Thai has operated every single Airbus type and today flies the complete current widebody family – the A330, the A350 and the A380.”

The joint venture between Airbus and THAI will be located at U-Tapao International Airport, at the heart of Thailand’s Eastern Economic Corridor (EEC). The EEC is a core part of the Thai government’s Thailand 4.0 policy, designed to develop world class innovative technology-based manufacturing and services in the country.

Related Topics:airbusThai airways
Up Next

How The Next Heroes of Innovation could be Governments