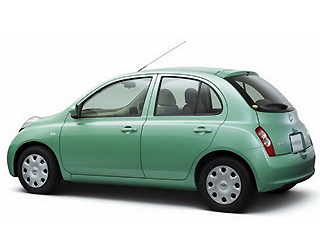 SNA president Toru Hasegawa said Nissan March is a small vehicle with a 1,200cc three-cylinder engine with carbon dioxide emissions less than 120 grammes and able to use fuel more efficienty by up to 20 kilometres per litre.Customers could order the new model at Nissan&apos;s sales representatives from Saturday.

The cars’ first lot with a 5-speed manual transmission will be delivered to buyers within 2-3 weeks, while models of the Xtronic CVT technology, whose gear ratio can expand from its lowest to highest range, can be delivered from June.Buyers In Thailand can purchase Nissan March starting at Bt375,000-Bt537,000 some $11,300-16,000.Regarding the model’s medium-term business plan, Siam Nissan Automobile is targetting achieving over 10 per cent of market share in the country.

The Ayudhya Insurance to Acquire BT Insurance from CIMB Thai