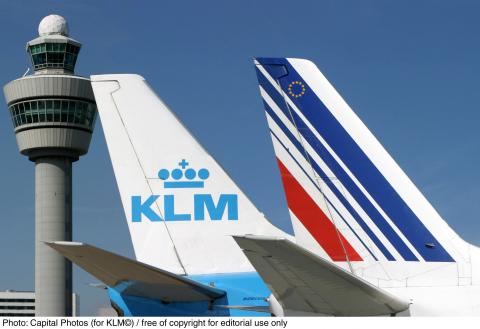 
Until now, the airlines – which merged in 2004 – have had their own corporate-benefits programmes aimed at the SME segment.

As a member of the BlueBiz programme, a company earns Blue Credits each time one of its employees travels with Air France or KLM. Blue Credits are valid for at least 24 months – up to a maximum of 36 months – and are granted according to the route and the booking class.

For the Blue Credits to be credited on its account, a company just needs to give its BlueBiz number when making a booking.

In addition, members of Flying Blue – the Air France-KLM frequent-flyer programme – continue to earn miles when travelling on the two carriers.

Blue Credits can be converted into award tickets and upgrades to any destinations in the extended global network of Air France-KLM using a simple scale of one Blue Credit equals Bt1. Any company employee can use the awards.

Membership is simple and free of charge, with no conditions required concerning a minimum number of trips to be made. Membership is valid for a minimum of two years and then as long as company members continue to travel.

More Companies to be listed on Thailand’s SET