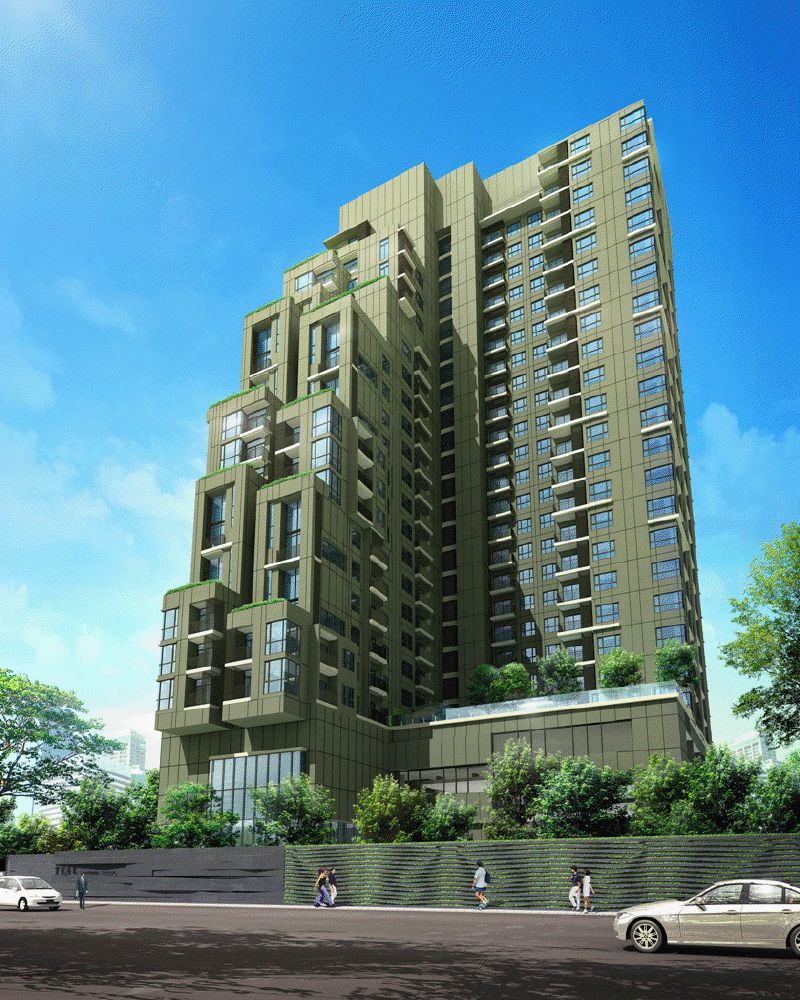 Teal Condominium by Sansiri Thailand listed developer Sansiri has promptly announced the launch of a new project after all 85 units of its latest city condominium Via 49 were sold during the two-day pre-sale last weekend. The Teal Sathorn-Taksin will be launched this September by Sansiri. This 27-storey freehold condo will be located on an almost three rai site and only 150 meters away from BTS Wong Sian Yai station. All 409 residential units will be fully furnished and available in different types ranging from one to three bedrooms.

The official sales launch is scheduled for September 11-12.  Prices start from THB2.45 million (US$77,753). The company’s Senior Executive Vice President of Business Development and Project Development Division (High Rise) Uthai Uthaisangsuk said that the company managed to quickly close the sales of its latest project as the product was launched in response to current demand. Via 49 is a low-rise condominium located on Soi Sukhumvit 49. The THB600 million (US$19.04 million) project is developed under a “live in a work of art” concept, with the price starting from THB 4.9 million (US$ 155,505).

“From our research, we found that  low-rise condominium in downtown areas are always in demand while most projects in the city seem to be high-rise. In terms of target market, we see that mid-range condo market targeting young adults and first jobbers is growing continuously,”

said Uthai. He also added that three hot locations including Sukhumvit, Sathorn-Taksin, and Paholyothin will still be in high demand for condos. He said: “We will certainly have some new projects launched during the third and fourth quarters in those areas.”

The real demand for residential real estate stems from local residents and foreigners living or working in Thailand. The latter group will definitely be affected by the weak global economy but what about local Thai residents? The Thai domestic economy will also be adversely affected by the crisis, especially the export sector.