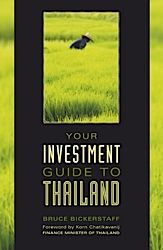 This article is about the way many Thai businesses and government agencies use internet-based communication, and the angst this generates amongst foreigners who try to engage with them.

Now, one can readily excuse the fact that some Thai web sites have little English-language content – after all it is Thailand. We don’t mind if the English translation is a little clunky, as not every agency can afford a native-speaking editor. And we’re not overly concerned if web sites are rudimentary … unless of course the company is in the IT or web site design business. The concerns I’ll address now, in terms of their potential to have foreigners wringing their hands and pulling out their hair en masse, are something else again.

The Thais’ tardiness in responding to emails is legendary. This was driven home when undertaking a project that required me to send emails to a range of Thai government departments and businesses.

Only a few responses trickled back, and most of these took the form of automated messages stating “email deleted unopened”, “mailbox full” or “user unknown”. And when using the email response forms provided within web sites, more often than not the only result was an error message as soon as I clicked on “submit”.

But don’t take my word for it, scan any expat forum, or google on the words “Why don’t Thais reply to emails?” and read all about it. Better yet, try sending an email yourself to a Thai corporation, and then sit back and wait – and wait – for an acknowledgement or reply.

Aside from unanswered emails and malfunctioning forms in web sites, other e-communication problems commonly encountered in Thailand include:

Simple carelessness on the part of staff maintaining IT systems, combined with a lack of adequate English-language skills is a significant issue. Insiders have also told me of instances where passwords and procedures are lost or forgotten as key staff or contractors depart, and the web site or email system falls into disrepair.
Perhaps this is why the business cards of many Thai staff often feature personal hotmail addresses rather than dedicated email addresses using their organisations’ own domain name … they simply have no confidence that their own organisation’s email system can be relied upon and instead choose to work outside it.

Potentially significant factors here include the concept of ‘kreng chai’, the hierarchical nature of Thai society, and the Thai notion of ‘face’.
Kreng chai (sometimes spelled greng jai), is one of the most important concepts relating to behaviour in Thai society. To be considerate and not to do anything that other people could dislike (i.e., to be kreng chai) is a traditional virtue. If one behaves this way, one shows respect and good manners. This might mean for example that if a positive response cannot be provided to an email enquiry, then it may be more polite to not reply at all, rather than send a negative response. This might apply for example when emailing a request for information that cannot be supplied.

In Thailand personal relationships and social hierarchy are a dominant force in how people relate to others. Where a correspondent has no prior personal relationship with the recipient of an email, and is of indeterminate status, then there is far less perceived obligation to co-operate or respond.

Finally in some cases the Thai recipients of the emails may not be sufficiently confident in their written English language skills to draft a reply, and subsequently fail to respond due to a concern that they may embarrass themselves or not be understood.

A revised and updated version of Bruce Bickerstaff’s book “Your Investment Guide to Thailand” has just been released by Silkworm Books – further details at www.burning-bison.com