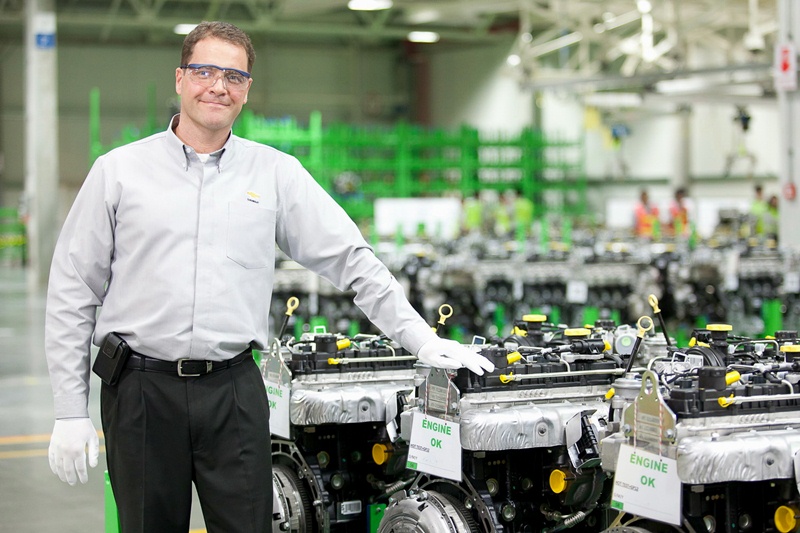 The new 34-rai 54,275-square-meter facility, GM’s first diesel engine plant in the region, is the first-in-the-world to produce the all-new family of Duramax four-cylinder diesel engines.The highly flexible plant has the capability to manufacture approximately 120,000 engines per year for use in vehicles built in Thailand and other global markets. GM expects to source USD 94 million THB 2.8 billion worth of Thai-built components for the production of engines at its Rayong facility, by 2012.

“GM is committed to growing our footprint and business throughout Thailand and Southeast Asia,” said Apfel. “Our engine plant will enable us to deliver on our promise of bringing cleaner, more efficient and higher-performance diesel engine technology to our customers.”

The first engines to be manufactured by the facility will be installed in the all-new Chevrolet Colorado pickup that will be produced in Rayong following engineering development work and retooling of the vehicle assembly line.GM Thailand’s new powertrain facility is a key component of the automaker’s Southeast Asia growth strategy. GM’s goal is to become a leading manufacturer of world-class vehicles and engines throughout the region.

The opening of the facility comes a month after GM announced that it will invest USD 150 million THB 4.5 billion in the reactivation of its Bekasi manufacturing facility in Indonesia for production of a new line of people movers for Southeast Asian markets. The new powertrain facility takes GM’s investment in Thailand to USD 1.3 billion THB 39 billion since 1998.GM Southeast Asia President Martin Apfel was joined by Dr. Witoon Simachokdee, Permanent Secretary, Ministry of Industry, Government of Thailand, and Michael L. McGee, Commercial Counselor, U.S. Embassy Bangkok, for the inauguration of the new plant.

“GM is committed to growing our footprint and business throughout Thailand and Southeast Asia,”

“Our engine plant will enable us to deliver on our promise of bringing cleaner, more efficient and higher-performance diesel engine technology to our customers.”

“Producing engines locally strengthens our commitment to the development of a strong Thai automotive industry, which can help guide the growth of the entire Southeast Asian region. It is also a sign of the excellent talent in the local industry and our faith in their capability.”

Related Topics:automobileGeneral Motors
Up Next

Accor and Centara to end 25yo partnership in Thailand