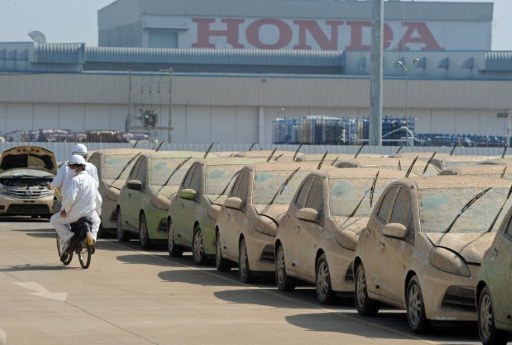 The cars included 217 units of Brio, 213 units of Jazz, 353 units of City, 150 units of Civic, 91 units of Accord, 30 units of CR-V and 1 unit of Freed. “We made every effort to protect our plant, but with the massive amount of flood water.. 1055 vehicles that remained in the plant were finally damaged by the flood,” Pitak Pruittisarikorn, executive vice president of Honda Thailand, told a press conference.

Pitak Pruittisarikorn, executive vice-president of Honda Automobile, representatives from the Thailand Automotive Institute, the Office of the Consumer Protection Board, the Thai Industrial Standards Institute, the Provincial Excise Department and the media witnessed the event.