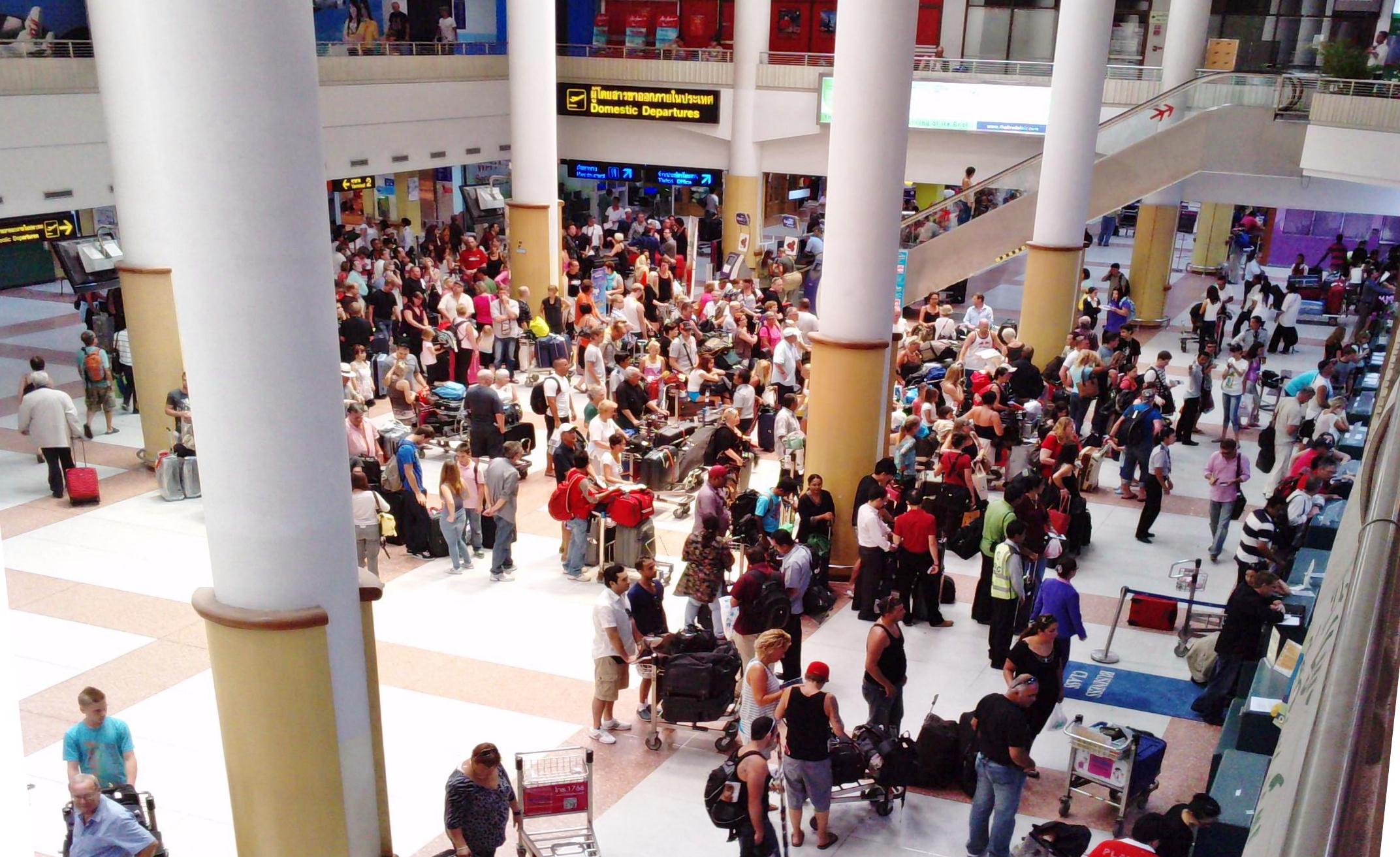 Phuket Airport has been frequently overcrowded this year. Suvarnabhumi served most of the passengers at 47.80 million, followed by Phuket with 8.2 million passengers

During the period, the president said, the airports serviced 441,440 flights — 148,388 international flights and over 193,000 domestic flights, an increase of nearly 14.5 per cent from last year. AoT has served 109 airlines worldwide, which it considers the highest number among countries in Southeast Asia.

AoT coordinated with the Tourism Authority of Thailand TAT to explain to foreign countries Thailand’s flood-prevention measures intending to restore international confidence and draw tourists to Thailand during the high season in the remainder of 2011. Flight Officer Anirut said during the long New Year holiday, the number of passengers was expected to rise so he has instructed all six airports to facilitate and step up security measures to ensure the safety of passengers. MCOT online news

Thailand’s capital Bangkok was ranked at the top of this year’s top ten popular cities among Thai and foreign tourists in a survey conducted by the Ministry of Tourism and Sports.

Ministry Permanent Secretary Suwat Sidthilaw and Spokesman Watchara Kannikar on Wednesday told a news briefing that the ministry had carried out the survey of the most popular Thai cities among domestic and foreign tourists for the first time by compiling statistics from the Department of Tourism, the Tourism Authority of Thailand and the association of tourism business operators and guides

Mr Watchara said the ministry hoped that the survey would drive relevant agencies and tourism operators to compete and improve their performance next year.

Following the first tourist survey ever by the ministry, the capital won first place as most popular city among Thai and foreign visitors with the total number of tourists visiting the metropolitan at 20.7 million this year.