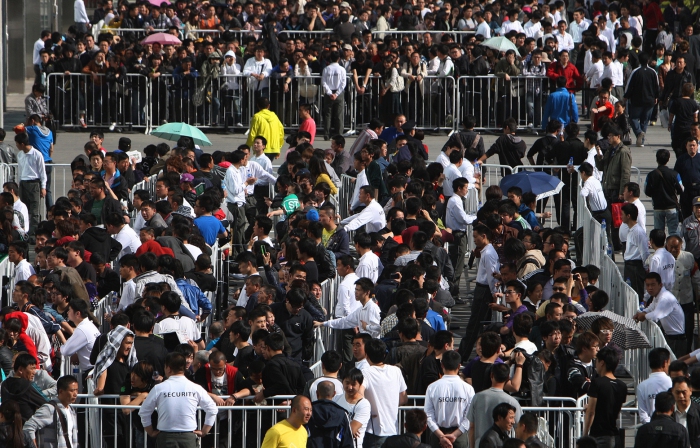 Investment bank Morgan Stanley believes Apple will partner up with both China Telecom and China Mobile “over the next year” to make its iPhone available on all three Chinese carriers, a move that could bring incremental sales of as many as 40 million units next calendar year.

Analyst Katy Huberty issued a note to investors late Sunday noting the vast untapped potential for the iPhone in China. According to her, Apple can only possibly reach 10 percent of the 150 million “high-end Chinese subscribers” in the country through its current partnership with China Unicom.

China Mobile, the worlds largest wireless carrier, holds the bulk of the countrys high-end subscribers with an estimated 120 million customers who pay more than 100RMB $16 a month.

The final 10 percent of high-end subscribers are on China Telecom, the third-largest carrier in China.

Huberty sees a base case of 26 million incremental iPhone sales in China during the 2013 calendar year with the addition of China Mobile and China Telecom. Her bull case suggests 40 million units for an increase of $10 in earnings per share.

Huberty believes that a China Telecom partnership is likely to come first. Still, she also believes that the next iPhone will “likely be compatible” with China Mobile’s upcoming 4G LTE network. If that’s the case, that could give Apple an even bigger boost in the months to come. In fact, China Mobile already has nearly 10 million iPhone users on its network, despite not selling the phones through its channels — and even though iPhones on China Mobile don’t have access to 3G.

via Apple predicted to sell up to 40M iPhones on China Mobile, China Telecom in 2013.

Honda to resume production in Thailand in March