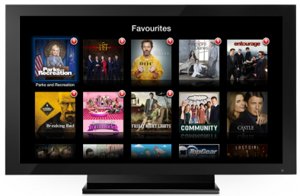 Besides rumors of an Apple “iTV”, and a new Apple TV set top box, we now have another TV-related rumor about the company. According to a report from the New York Post, Apple is planning to launch a new TV streaming service by Christmas this year.

However, it is said that negotiations with content providers aren’t going very well due to Apple wanting to control everything – from the price of the content to the content that will be served on the TV service.

As to how this TV service will work, content providers are expected to offer their channels through apps that will be accessible from the Apple TV and other Apple devices. There’s no word on how far along Apple is to closing its content deals, so we’ll just have to play the waiting game to find out if the TV service actually launches by Christmas (assuming there is a TV service in the first place).