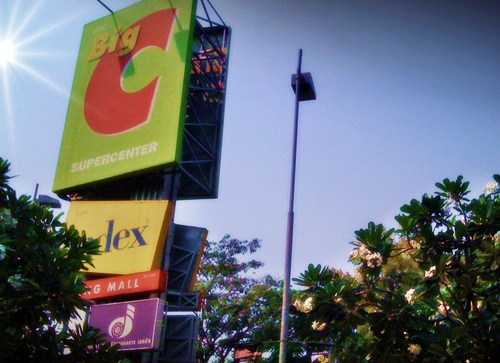 The transaction was more than four times oversubscribed reflecting investors’ robust confidence in Big C and its attractive growth prospects.

This capital raising will allow Big C to implement its expansion plan and reduce its leverage as part of Big C’s strategic plan announced at the end of 2011, aiming at strengthening its co-leadership position in the Thai retail sector and becoming a major player in the region.

The transaction was more than four times oversubscribed reflecting investors’ robust confidence in Big C and its attractive growth prospects.

The Casino Group is enjoying great success in Thailand, a market with 65 million people and a flourishing local economy. It is an ideal location for putting the Group’s “retailing and real estate” model into action. All the more so since 2011 when, having taken over Carrefour’s Thai stores, Casino’s local subsidiary Big C became the country’s joint number 1 hypermarket chain. Big C operates 110 stores in as many shopping centres, most of which it also owns.

The key to a successful shopping centre in Thailand is getting the balance right in terms of the relative surface areas, establishing and attributing the activities, and attracting the right banner or activity according to where the site is locating and its customer pool profile. Big C has extensive experience in this area and boasts a 100-strong specialist in-house team, an asset that keeps it one step ahead of the competition.

As a rule, a Big C shopping centre has two key advantages : first, the hypermarket, under the Big C banner, is the engine that drives the entire centre and generates traffic ; second, the centre has its accumulated expertise in finding the right balance between the five complementary activities that each shopping centre offers : mid-size specialist retailers, traditional clothing and consumer goods banners, temporary kiosks, home & garden, and food outlets.

Thailand to Straighten out the problem of illegal workers