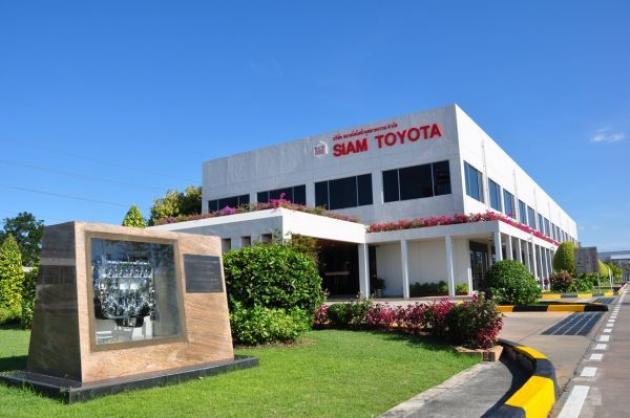 The expansion by Siam Toyota Manufacturing Co Ltd is scheduled for completion on 2015, which would help the company cope better with rising demand for vehicles under the “Innovative International Multi-Purpose Vehicle Project: IMV” in emerging markets.

In a statement released today, the Japanese biggest automaker said that the investment would increase the diesel engine capacity by 290,000 units per year. This will raise its total annual capacity to 610,000 units.

The investment would require Siam Toyota Manufacturing, based in Chon Buri, to hire 450 more workers.

via Toyota ups engine capacity in Thailand – The Nation.

Thailand’s auto industry is the largest in Southeast Asia, with a combined capacity to produce more than 1 million vehicles per year. Its auto industry infrastructure is the most developed in the region, according to Kasikorn Research, which makes Thailand attractive for new investments by auto manufacturers.

The motor vehicle and auto parts industry comprises 5.4 percent of the country’s overall industry, data from Thailand’s Fiscal Policy Office shows, and 55 percent of the automotive industry is focused on exports.Business-in-Asia.com says the industry represents one of the largest manufacturing sectors in the country and generates 12 percent of national GDP, an amazing change from 1961, when Thailand had only one automotive assembly plant.

Thailand’s emergence as an automotive powerhouse is due in part to the strong work ethic of its 67 million people, more than 300,000 of whom are employed in the industry, as well as steady investment and generous government incentives, according to Business-in-Asia.com.

In addition, demand by farmers and agribusiness for pickups has made Thailand the world’s second largest pickup market after the United States.

Thailand is a production base for manufacturing eco-cars that meet the most stringent European emissions standards and run on fuel with a 20 percent ethanol component.