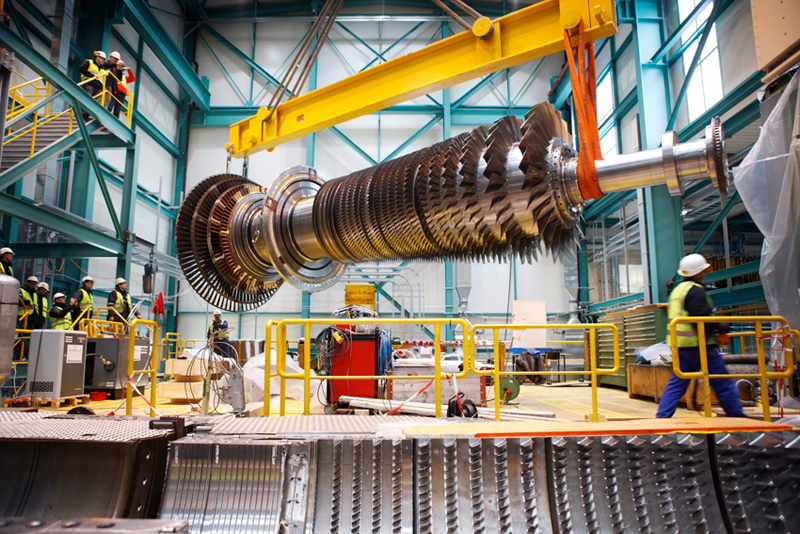 Perfect timing for French Premier Jean-Marc Ayrault who just arrived in Bangkok for a 48 hours official trip in Thailand. French leading energy and mass transportation company Alstom, in consortium with Sumitomo Corporation of Japan, has been awarded an EPC1 contract by Electricity Generating Authority of Thailand (EGAT) to build the 850 MW North Bangkok combined-cycle power plant (CCPP) block 2 and supply its equipment.

Alstom’s share in this contract amounts to approximately €225 million. The contract was signed today in presence of Patrick Kron, Alstom’s CEO. Located in the northern suburbs of Bangkok, the plant will supply electricity to meet the fast growing demand of the Kingdom’s capital.

This will be Alstom’s first combined-cycle power plant (CCPP) contract with EGAT and the first CCPP in the world to feature Alstom’s upgraded GT26 gas turbine.

This contract further strengthens the Group’s position as a key player in power generation infrastructure in Thailand, having built over 7 GW of the installed capacity of the country

EGAT is Thailand’s public utility and the largest power producer in the country, with a combined installed base of over 13,000 MW, approximately 47.8% of the country’s generating capacity. North Bangkok CCPP block 2 will contribute to EGAT’s plans to increase Thailand’s capacity by 55,000 MW by 2030, whilst minimising carbon dioxide emissions.

Mark Coxon, Senior Vice President of Alstom’s gas business said, “This success reinforces our customer’s confidence in our technology to produce clean, flexible and efficient power for Thai consumers and businesses. We are happy to support Thailand’s efforts to meet its energy demands today and in the future.”

This contract further strengthens the Group’s position as a key player in power generation infrastructure in Thailand, having built over 7 GW of the installed capacity of the country. This includes the engineering, procurement and construction of several gas-fired plants, including the 730 MW Bowin, 350 MW Bang Bo and 1,520 MW Kaeng Khoi 2 projects. Alstom also supplied equipment to Rayong, Thailand’s first CCPP.

Honda to Invest $476mln in New Plant in Thailand