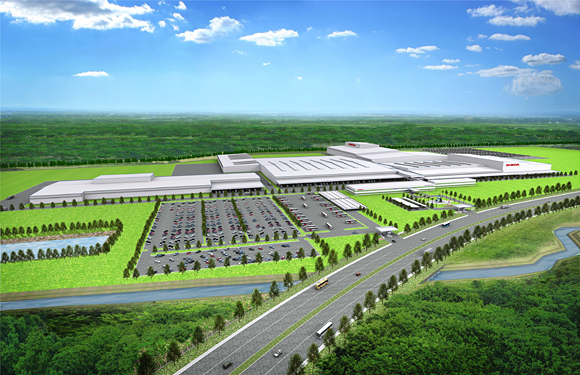 The new plant will be located within the property that Honda newly acquired in Prachinburi Province (approximately 120km east of Bangkok).

HATC will strive to establish a highly efficient production system at the new plant through various efforts including shortening of production processes and introduction of latest production technologies including new painting and welding equipment.

HATC is planning to produce primarily small and sub-compact sized vehicles at the new plant, for which demand is increasing on a global basis. Furthermore, annual production capacity of HATC’s existing plant in Ayutthaya is increased from 240,000 to 280,000 units as of the end of January 2013, through the addition and upgrading of the existing facilities and equipment.