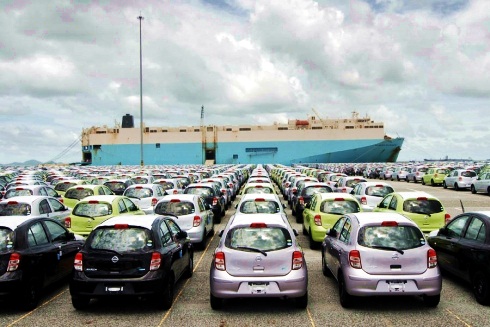 Prime Minister Prayut Chan-o-cha has instructed the Ministry of Industry to be responsible for a plan to promote investment in automotive industry with a focus on the manufacturing of future cars.

The premier met with high-ranking executives of four automotive companies including Toyota, Isuzu, Nissan and Honda at Government House.

The meeting was part of the “Prime Minister Meets CEOs” project aimed at exchanging opinions about their problems and obstacles about doing business in Thailand. The premier clarified the government’s economic, trade and investment policies.

Ministry of Commerce permanent secretary Chutima Bunyapraphasara said all of the executives, whose companies have had a combined 58% of Thailand’s total car export, confirmed to use Thailand as a manufacturing base with a plan to expand their investment in vehicles, especially future cars such as electric, hybrid and environmentally friendly cars.

The promotion of future cars was the government’s policy to support and promote the manufacturing of vehicles to reduce greenhouse gas emissions, said the permanent-secretary.

The premier told the companies’ executives that the government was urgently revising regulations while promoting free and fair trade in support of foreign investment in Thailand. He said the Ministry of Industry had been tasked with developing a long-term plan to make Thailand a regional hub for future car production.