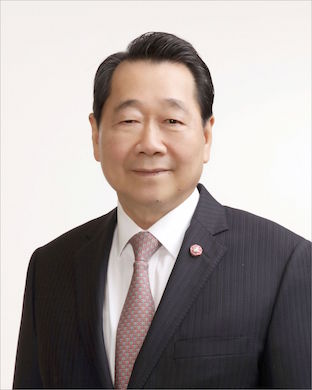 Thailand’s Charoen Pokphand Group would not be the company it is today without its long-serving chairman, Dhanin Chearavanont.

Over the course of nearly five decades, he has transformed a small seed shop founded by his father into one of Southeast Asia’s largest private corporations. His family is now ranked as Southeast Asia’s wealthiest.

In this 30-part series, Dhanin recounts the history of both a man and a business, from their humble beginnings in Thailand to their success on a global scale.

My father founded Charoen Pokphand Group as a small store in Bangkok’s Chinatown in 1921. Today, as CP Group’s chairman and third leader, I oversee a conglomerate doing business in more than 100 countries.

Thailand’s largest private corporate group, we are primarily engaged in three sectors — food and agriculture, including livestock raising; convenience stores and other retail operations; and communications, such as mobile phones.

We achieved nearly $45 billion in sales in 2015, and have business bases ranging from Southeast Asia and China, to Europe and the U.S. We have investments in 16 countries and employ more than 300,000 people.

Mr. Dhanin Chearavanont, Chairman and Chief Executive Officer of the C.P. Group, is the youngest son of Mr. Chia Ek Chor, the founder of Chia Tai Shop, regarded as the original enterprise of C.P. Group’s businesses.

In his childhood years, Mr. Dhanin began his study at a Chinese school in Bangkok before attending Sarasit Wittaya School in Banpong district, Ratchaburi Province. In 1952, he left for mainland China to study high school where afterwards he travelled to Hong Kong to pursue his undergraduate study.

Soon after he graduated from college in Hong Kong, Mr. Dhanin returned to Thailand in 1958, to help his family business. At that time, his brothers Mr. Jaran and Mr. Montri pioneered the animal feed business under the name of ‘Charoen Pokphand’ as an extension of the Chia Tai Shop, with emphasis on vegetable seeds trading.

Later, ‘Charoen Pokphand’ expanded its operations into the agribusiness and food processing enterprises.

Mr. Dhanin was assigned to be a representative of Charoen Pokphand to work at the Saha Samakkee Trading Co. Ltd. set up by the government to combine poultry and pork sellers together. Starting as the Manager of Egg Trading Department, he later held a position of Poultry Department Manager in 1961. However, after the Saha Samakee Trading Co. Ltd. was shut down in 1963, Mr. Dhanin joined Charoen Pokphand when he was 25 years old.

His wholehearted commitment and devotion to work, along with his broad vision, contributed to the fast growth of Charoen Pokphand’s operations. In 1989, he was entrusted with the position of Chairman and Chief Executive Officer of Charoen Pokphand Group and Chia Tai Group.

Mr. Dhanin is greatly successful in business management and in pioneering various business ventures particularly Agro-industry and food. He was responsible in integrating manufacturing, processing and marketing products within the C.P. Group. His confidence in modern technology and management resulted in advancement and growth of the organization.

Moreover, he played a key role in the development of Thailand’s agricultural sector toward modernization by pioneering poultry farming.

Back in 1970, Mr. Dhanin obtained quality broiler chicken breeds and new technology from the United States. In this regard, Thai farmers were able to gain support from the C.P. Group to raise broiler chickens so that economic and social values were subsequently created and the standard of Thai chicken farming industry was enhanced to meet that of the world.  Thereby, propelling Thailand as one of the world’s leading chicken exporters.

The C.P. Group under Mr. Dhanin’s management has advanced considerably in the agro-industry and food business where it receives public acknowledgement for the high quality and safety of its production process, meeting world-class standards and certifications issued by various domestic and international institutions.

Mr. Dhanin has gained governmental and social acceptances in both domestic and international levels, particularly from the People’s Republic of China. He is honored to serve as the first president of the Overseas Chinese Entrepreneurs Association, in which he has been serving for three consecutive terms. He also has held the position of Advisory Council on Business to the Shanghai Governor of China. Moreover, he was given the ‘Businessman of the Year’ by Forbes Asia Magazine in 2011.

Is The worst really over for Thai Airways ?