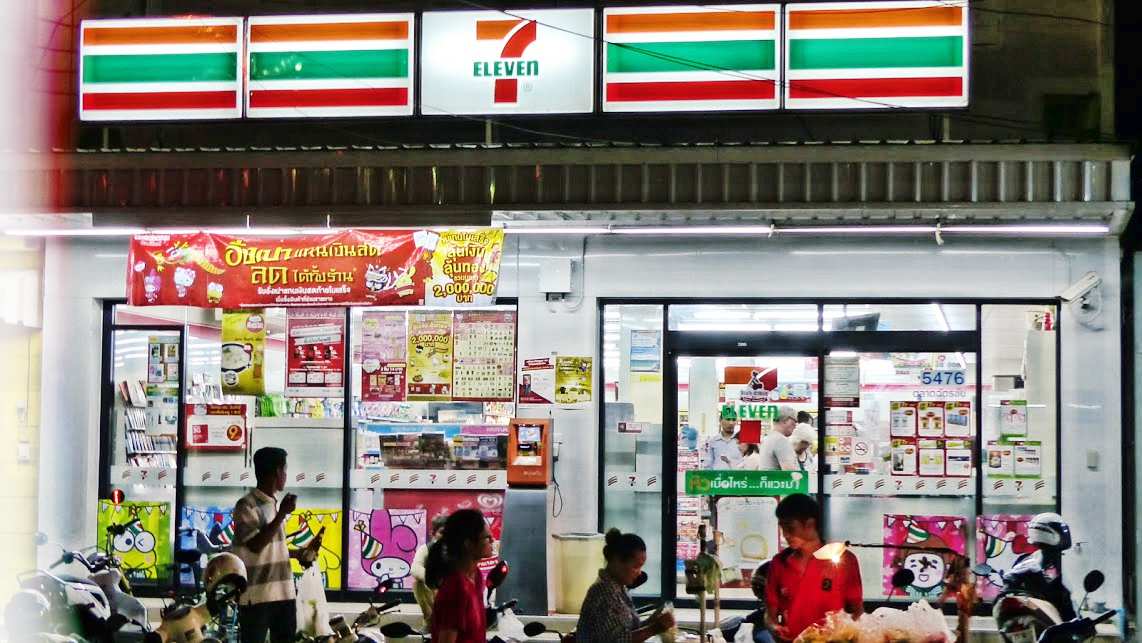 The number of 7-Eleven convenience stores in Thailand has topped 10,000, achieving the milestone at a faster pace than in Japan, their local operator says, CP All Public Co.

Under Thai conglomerate Charoen Pokphand Group Co, says the number of 7-Eleven stores totalled 10,007 by the end of June.

The number of 7-Eleven outlets in the region, including Malaysia, the Philippines, Singapore and Vietnam, had increased to a total of 14,699 at the end of June, accounting for nearly one-fourth of the global total, compared with 19,588 stores in Japan.

CP All plans to add about 700 outlets this year and hopes to reach a total of 13,000 within the next four years.

The company says it is poised to allocate 60% of its planned capital expenditure of 9.5 billion to 10 billion baht this year for store expansion and renovation.

The franchise leads the pack of Japanese convenience store brands in Thailand, where FamilyMart stores totalled 1,136 as of the end of July and Lawson stores numbered 85 as of the end of February.