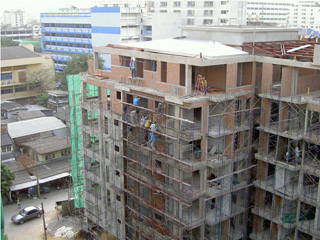 Domestic cement consumption is expected to grow some 5 per cent this year due to the economic recovery witnessed late last year, according to an industry executive.

Previously, he said, the company forecast that cement demand would continue dropping by 5-10 per cent before recovering in 2010, the first in four years.

He noted the demand for construction materials had begun to recover since the 4th quarter of last year.

The paper box and vehicle industries had started clear recover as well.

Mr Kan said he believed a petition asking to have five Siam Cement Group projects in the Map Ta Phut Industrial Estate withdrawn from a list of suspended investment projects would receive court approval because the industries all reflected improved pollution reduction.