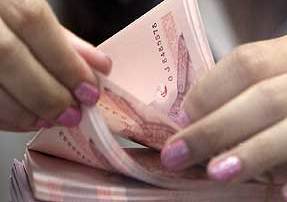 According to a government spokesman, Deputy Prime Minister/Finance Minister Kittiratt Na-Ranong was instructed to carry out the proposed measures, including a push for the baht as a regional trading currency, expanding vocational education to solve the labour crisis, promoting the use of domestic raw materials for local industries, especially in auto production, and exemptions of value added tax (VAT) for export industries and permission for exporters to pay in foreign currencies without having to change into baht.

The prime minister instructed the Finance Ministry to hold similar sessions with the labour, education, industry and commerce ministries to find joint solutions to the challenges. Mr Kittiratt said cabinet members were confident that the BoT will be able to stabilise the baht, adding that the private sector wants to see the baht movement stabilise at Bt29-30 against the dollar. In the short term, manufacturers of electrical appliances, refrigerators and air-conditioners have asked for lower VAT while the tourism and hotel industries are also calling for tax reductions to give them a competitive edge in the region. They mostly called on the government to urgently solve the problem of labour shortage. (MCOT online news)

China driven trade in Asia is pushing up Yuan momentum