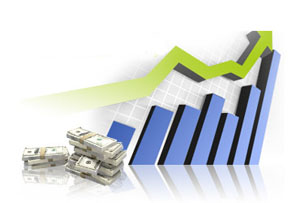 Thailand’s consumer price index (CPI) in April stood at 107.66,  an increase of 3 per cent compared to the corresponding period of 2009, Permanent Secretary for Commerce Yanyong Phuangrach announced on Monday. It was the seventh consecutive monthly rise of the CPI due to the increase of 3.7 per cent in food and beverage prices.

The CPI in April rose 0.49 per cent from March due to increase in prices of food and several consumer goods and oil retail prices, Mr Yanyong said.

He said core inflation in April rose 0.28 per cent from the previous month and jumped 0.5 per cent year-on-year.

Despite the current political turmoil in Thailand, Mr Yanyong said the ministry still  maintained this year’s inflation at between 3-3.5 per cent, as he believed that the unrest had not yet affected consumption patterns, but may impact the price of certain goods such as construction materials.

via Inflation rises 3% year-on-year in April.