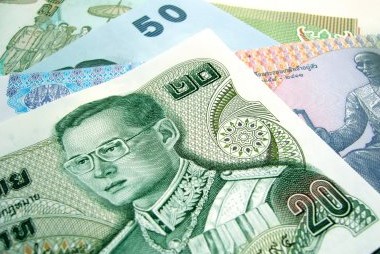 The Bank of Thailand (BoT) on Wednesday continued the key interest rate unchanged at a record low of 1.25 per cent, reasoning that uncertainties related to the impact of sovereign debt problems in Europe and the domestic political situation remain key risks to Thailand’s growth outlook.

Global economic outlook has improved since the last MPC meeting, supported by continued growth in the US, Japan and particularly in Asia. However, sovereign debt problems in some European economies may dampen the region’s recovery and pose risks to the sustainability of global growth. The MPC will closely monitor the outcome of measures taken to resolve problems and restore confidence in Europe.

The Thai economy expanded in the first quarter of 2010 at a stronger pace than anticipated. This was driven by strong growth in exports and tourism, on the back of global economic recovery. Also, domestic demand, especially private investment, continued to expand. In April, economic activities slowed down somewhat, partly owing to adverse impacts of domestic political situation on tourism as well as confidence of consumers and businesses. Meanwhile, inflation remains low at present but is projected to
increase in the periods ahead.

If the Greek debt crisis and the global economy improve, the MPC may revise its forecast that the Thai economy is likely to grow over 5.8 per cent, higher than 4.3-5.8 per cent projected earlier, he said.

In April, economic activities slowed somewhat owing in part to adverse impacts of the domestic political situation on tourism as well as confidence of consumers and businesses.

External stability as measured by international reserves, and external debts remained sound, while the current account turned into a slight deficit. With regard to internal stability, headline inflation edged down from the previous month, owing to falls in energy and raw food prices. Core inflation and unemployment were subdued

However, the BoT has projected the Thai economy this year is likely to expand at least 4.3 per cent.

Mr Paiboon conceded that inflation next year is likely to rise in tandem with the recovery of the world economy and higher prices of consumer goods.

via Thai central bank maintains interest rate at 1.25 per cent.

The central bank said economic activities slowed down somewhat in April, partly owing to adverse impacts of domestic political situation on tourism as well as confidence of consumers and businesses. Capital Economics’ Grice expects the unrest to hit second quarter economic data and to leave lasting scars on the economy.

The economic indicators in April 2010, both demand and production, decelerated due to fewer working days as well as the political unrest which adversely affected the number of tourist arrivals and undermined both consumer and business confidence.

Export value amounted to 13,832 million US dollars, rising by 34.6 percent (yoy). After seasonal adjustment, export volume, however, fell by 2.0 percent from the previous month as a result of a drop in exports of high-technology products, including computers, integrated circuit (IC), and vehicles, after acceleration in earlier periods, particularly in March. Imports concurrently slowed down. Although import value, amounting to 14,022 million US dollars, rose by 43.1 percent (yoy), import quantity after seasonally adjusted declined by 7.9 percent from the previous month. Import value in April, however, outnumbered exports as evidenced by an acceleration of crude oil imports this month to re-stock oil reserves which were depleted in February, and considerable raw material imports for electronic production to meet bulk order from abroad.

Bank of Thailand worried by potential shift of investment