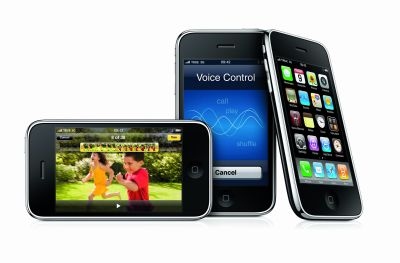 Representatives of TOT Pcl, formerly the state-owned Telephone Organization of Thailand but now corporatised, submitted a letter to Prime Minister Abhisit Vejjajiva on Tuesday clarifying the suspension of the third generation (3G) wireless service auction after it filed a complaint against the National Telecommunications Commission (NTC).

The rest is here:
PM gets TOT’s clarification on suspension of 3G auction

It is of vital importance to the health of the Thai economy and Thailand’s 65 million citizens that the state of affairs in Thailand is depicted as accurately and as responsibly as possible around the world.

People watching the news from their home in the US or Europe need to have a balanced understanding of events taking place in Thailand. This is where I strongly feel that the foreign diplomatic community and the media, who play a major part in framing the message, have a leading role to play.

The major factor weighing down growth next year is the sharp slow down in the global economy, particularly the contraction of the economies that are Thailand’s major export markets – US, EU, and Japan.This will have a large negative impact on Thailand’s exports of both goods and services which has been the major source of income and the driver of the output growth in the past few years. The US dollar value of exports of goods is expected to expand by only 8 percent in 2009, compared to around 20 percent this year.

Private consumption will benefit from a gradually firming labor market and forecast gains in prices of agricultural commodities. Strengthening economies abroad will raise demand for Thailand’s exports of automobiles, electronic and electrical goods, and agricultural products. Afer falling by a projected 18.0% in 2009, exports are forecast to recover by around 15% in 2010. Merchandise imports will rebound strongly if the public investment projects get under way as planned and if private investment rallies. A 28.0% bounce is forecast for imports in 2010. In services trade, tourism is expected to improve, with the pace of recovery depending in large part on the rebound in the international economy and on global eforts to contain the swine fu (H1N1) pandemic.

PM gets TOT’s clarification on suspension of 3G auction

Efforts continue to move forward to strengthen Thailand’s financial markets. Last November, the second Financial Sector Master Plan (FSMP), and the Capital Market Development Master Plan (CMD) were approved by the government. These will not only encourage competition in the market, but will reduce operating costs and strengthen the infrastructure. Those companies that had listed on the Stock Echange of Thailand or on the MAI are reported to have done well throughout 2009, “posting net profits of 446 billion baht which is a 42-percent increase over 2008.”

In line with what Prime Minister Abhisit Vejjajiva has said regarding the need to transition Thailand’s economy to become a knowledge-based creative economy, the Bank writes that “Thailand’s long-term challenge is to move a large share of the labor force currently in agriculture or otherwise performing simple, low value-added tasks into the dynamic parts of the economy.”

The rest is here:
PM gets TOT’s clarification on suspension of 3G auction