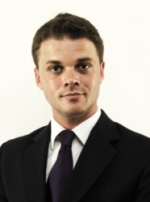 Thailand’s state and private sector are joining forces in a bid to develop the country’s small organic agriculture sector into a major export earner. However, finding the right incentives to convince farmers to make the switch from traditional methods is proving difficult.

Thailand made an early entry into organic agriculture, with its first plantings made in 1991 and national organic crop standards drafted just four years later. However, only a few Thai growers since have chosen pursue the segment, with most estimates putting the area under cultivation for organic products in Thailand at well under 1% of the country’s farmland.

The slow rise in the development of organic farming comes as the agriculture sector as a whole is undergoing a shift. As the base of the Thai economy has broadened over the years, the contribution of agriculture to gross domestic product (GDP) has fallen, easing back from more than 36% in 1960 to around 11.5% half a century later, according to World Bank data.

However, while there has been a steady decline in agriculture’s role in the economy, a number of Thais remain primarily dependent on agriculture for their livelihood. As political pressure has grown to improve the standards of living in rural regions, one avenue that has been touted is organic farm production.

There is a strong incentive for Thai farmers to adopt organic agriculture, with a growing increase in chemical and pesticide-free produce at home and among foreign visitors and an even greater demand for such products in overseas markets such as the US and EU.

The global market for organic produce estimated to be worth more than $100bn annually, with demand set to rise by 10-15% a year according to a European Commission study. However, Thailand was only able to register some $110m in exports of organic products last year, according to Commerce Ministry figures.

The state has put in place a number of measures to support the development of organic agriculture, one of the most recent being a part of the Industrial Technology Assistance Programme (ITAP). Under the project, farmers will be provided with training and advice on how to adapt their farms to organic production.

Phongchai Jittamai, the project’s manager, told the Bangkok Post that the project aims to assist small and medium-sized farm operators move away from conventional farming practices and take up organic agriculture as a way to improve yields and profits.

“We have seen small farm operators suffering for a long time, either from business losses or getting ill from overuse of chemicals and pesticides. They must turn to organic practices in doing business,” Phongchai told the newspaper on September 7. Though the programme is only looking to provide direct support to some 30 farms across the country this year, the scheme is expected to expand as more farmers see the benefit of going organic.

The Ministry of Commerce is another state agency involved in promoting the expansion of organic agriculture, providing training and access to funding those in the food chain – producers, processors, and exporters – to assist them take advantage of the growing demand for organic materials.

Though the over-the-counter price of organic produce is around 30% higher than similar conventional products, this does not seem to bother many consumers, with demand for organic farm goods standing at 10 times the current output, according to a recent report citing figures from the Bank of Thailand.

There are other financial benefits to adopting organic farming, with estimates putting the cost of importing agricultural chemicals and pesticides at some $975m a year in Thailand.

While currently the majority of organic products are basic unprocessed commodities such as rice, fresh fruits and vegetables, there is a trend towards intermediate processed products such as sugar, tapioca starch and palm oil. According to the International Foundation for Organic Agriculture Movements, Thailand has yet to produce sufficient quantities of raw organic material to feed a large-scale industry that could turn out finished processed organic products. Importers generally prefer to buy raw materials from Thailand for processing overseas.

With higher levels of investment in the organic segment and greater acceptance by farmers of green agriculture practices, the scale of the industry could be expanded to the point where end-product processing could develop and help drive up the levels of profitability.

Though organic farming is unlikely to challenge mainstream agriculture in Thailand in the immediate future, it has the potential to develop into a significant niche segment, both in the increasingly aware domestic market and for overseas trade.