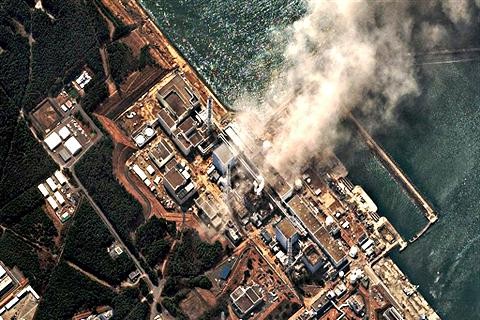 Damage estimates are up to US$183 billion, amounting to as much as 3 per cent of Japan’s gross domestic product, according to Credit Suisse economist Hiromichi Shirakawa and analysts at Barclays Capital, whereas other experts said the Japanese economy will contract for two straight quarters.

Thai exports to Japan are likely to fall by 7.2 per cent if Japan’s economic growth drops by one per cent, according to University of the Thai Chamber of Commerce (UTCC) Center for International Trade Studies.

As Japan is Thailand’s second largest market for exports, the Japanese economy shrinking by one-per cent will create estimated losses to Thai exports of about US$730million-1.4 billion in value, and will affect overall Thai exports to world markets by 0.3-0.7 per cent, said centre director Aat Pisanwanich.

Prior to Japan’s recent natural and nuclear disasters, Thailand aimed to export goods to the country valued at US$22 billion, while it expected to expand export figures in general by 12 per cent.

University of the Thai Chamber of Commerce (UTCC) economic and business forecasting centre director Att Pisarnvanich said on Tuesday that Japan’s economic growth for 2011 would likely drop by 0.5 to 1.0 per cent.

Mr Att said he expected the catastrophe would cause Thai exports to Japan to fall by about 7.2 per cent, or about US$735 million, to $1.47 billion, accounting for 0.3 to 0.7 per cent of total Thai exports to the world market.

The impact on Thailand’s industrial exports would be higher, estimated at 8.3 per cent, with agricultural exports looking at a 2.9 per cent, he added.

“Thailand may feel the short-term impact from delays in exports and imports,” Pornthep Jubandhu, a senior economist at Bangkok-based Siam Commercial Bank Pcl, said in a research note today. “More worrisome is the long-term problem for foreign direct investment. This event may prompt many companies in Japan to focus on the reconstruction of local operations.”

The earthquake will also “significantly affect” the tourism sector by potentially hindering Japanese travelers, he said. Last year, one million Japanese visited Thailand, accounting for about 6 percent of the 15 million in total tourist arrivals, according to the research note.

See more here:
How will the situation in Japan affect the upcoming Thai election?

BOI to Help Japanese businesses to relocate to Thailand

Power Generation: What are the options for Thailand?