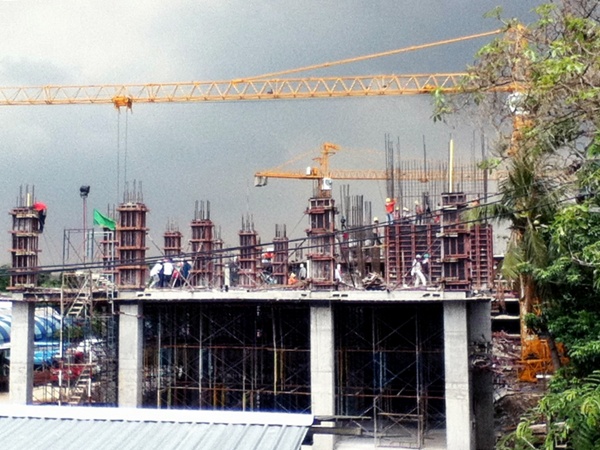 The latest growth projection was unchanged from the previous forecast in March.

The GDP growth in the second quarter of this year is likely to grow by only 2.5-3.5 per cent.

Private consumption will continue to rise by 4.3 per cent due to good income and an improved employment rate as well as expanded exports and services.

The economy is stable and headline inflation is projected to stay at 3.8 per cent due to rising consumer goods and oil prices.

Oil prices are forecast to stay at 101 US dollars per barrel, but the interest rate policy is likely to be raised again by the end of this year to 3.5 per cent, while the Thai baht is projected to stay at 30.50 baht against the US dollar.

Regardless of who wins Sunday’s election, the results should not have a significant impact on the Thai economy, which should grow by at least 3.5% to 4.5% this year, according to the National Economic and Social Development Board (NESDB).

“The economy grew by 3% in the first half this year, and increased growth is expected in the second half. Although politics is considered a risk, even with government policy shifts it should not have a significant affect on our economy,”

said Wichayayuth Boonchit, a senior economist from the NESDB, at an economic forum held by the Federation of Thai Industries.

Dr Wichayayut remained optimistic about the world economy in the latter half of this year despite the lingering effects of the tsunami and earthquake in Japan.

“Setting aside the negative effects toward the automotive sector, the disaster actually benefits Thailand’s exports in the garment and food industries, where exports in April and May saw a record high of 30%,” he said.

Meanwhile, the European economic crisis will not affect Thailand’s exports as long as it does not spread into countries such as Germany and France, which are Thailand’s main markets.

Positive factors also include the strengthening of the Thai baht, employment growth, liquidity and government measures in lowering living costs.

Thailand to raise minimum wage to Bt300 early next year