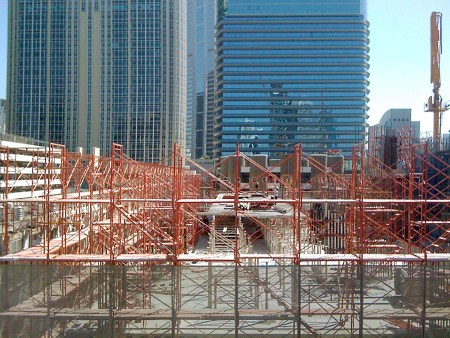 Some 5.5 million workers in Thailand, employed in factories, trade and services sectors are entitled to receive the governments minimum wage of Bt300/day, according to the Ministry of Labour and Social Welfare.

The figure was disclosed to Federation of Thai Industries FTI chairman Payungsak Chartsuthipol in an informal discussion with ministry permanent secretary Somkiat Chayasriwong and Skill Development Department director-general Jiraporn Kesornsujarit.FTI agreed with the wage rise, the chairman said, but informed the ministry it should have strategies affecting entrepreneurs the least, particularly small and medium-sized entreprises SMEs, while asking the Labour Ministry to allow SMEs wage rise for tax deduction.

Some 5.5 million people working in factories, trade and services sectors are entitled to receive the government's minimum wage of Bt300/day, according to the Ministry of Labour and Social Welfare.

FTI also wanted the adjustment period of 3-4 years for the wage hike in order to adapt with the market mechanism. However, the labour ministry has not responded to this request. The two organisations initially agreed to work together to prepare labours readiness with, for instance, an orientation for new workers and skill development training for existing workers, while increasing labour potential would be a medium-term strategy.

The Labour Ministry and FTI still differently define income, Mr Payungsak said.The ministry views it as the daily wage, whereas FTI sees it should include other welfares offered to workers in regards to the earning. As many entrepreneurs already provide some welfare to their workers, the chairman viewed they would face difficulties in adjusting the wage and did not agree if any existing welfare was to be cut.

The private sector has expressed its concern over the plan of the new Pheu Thai-led government to raise minimum wage to 300 baht per day across the country, saying that the measure will prompt an increase of 140 billion baht a year to the capital labor cost.

Thai Chamber of Commerce TCC Vice-Chairperson Pongsak Assakul said the domestic private sector and a number of foreign investors have already been worried about the huge impact from the upcoming government’s policy on the production cost.