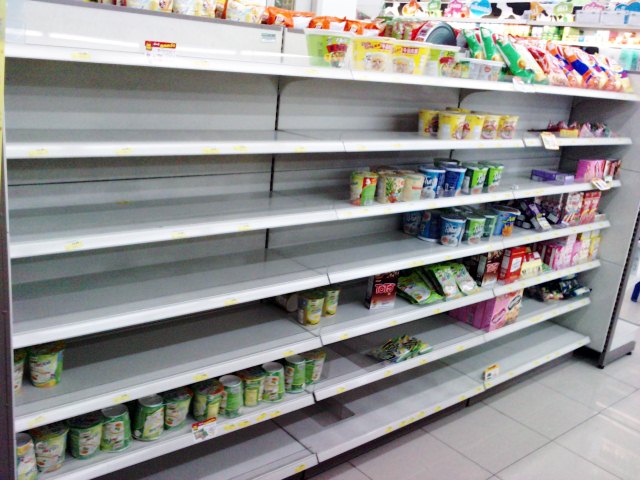 Thailand’s consumer confidence index regarding the overall economy in October slumped to 62.8 from 72.2 in September, hitting its lowest level since Nov 2001 due to the ongoing flood crisis as well as the European debt crisis, according to a survey by University of Thai Chamber of Commerce UTCC Economic and Business Forecasting Center.

Thailand’s consumer confidence indices on job opportunities and future income in October dropped to 63.7 and 90.9 from 73.0 and 100.3 in September respectively.  The indices in all categories lower than usual indicated that Thai consumers remained greatly uncertain about the overall economic situation, and job opportunities, as well as future income after the country’s worst flooding in decades.

In addition, the centre forecast that consumption is likely to gradually slow down in the fourth quarter through mid-first quarter in 2012 due to concerns over flood-induced economic impacts, high cost of living and volatile global economy.

A recent survey conducted by the National Institute of Development Administration (NIDA) released on Friday found that more than half of those polled fear that the Thai economy will deteriorate in the aftermath of the country’s worst flooding.

The NIDA survey on Thailand’s direction and post-flood assistance was conducted last week, Nov 3-5, with 1,288 respondents nationwide aged over 15.

Slightly more than half — 51.63 per cent — said they believe the economy will decline, while 41 per cent think that political stability will remain intact with about one quarter — 26 per cent — believe otherwise.

The most pressing issue after the flood recedes, the respondents said, will be inflation – especially the rising prices of consumer products — followed by unemployment, a shortage of goods, and a lack of funds to make a living.

Among the priorities the government should implement after the flood eases, the respondents said, are rehabilitation of infrastructure and restoration of the environment as the top priority, followed by compensation for flood victims, new job placements for the unemployed, and spirit-boosting measures for the flood-stricken residents.