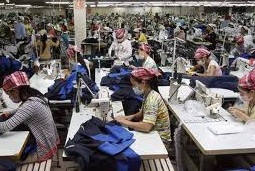 The Cabinet on Tuesday postponed implementation of the Bt300 (US$10) national daily minimum wage policy in seven provinces, scheduled to take effect Jan 1 next year to 2012 April 1, according to a deputy government spokesperson.

Previously, the minimum wage for workers in the designated provinces was set to be increased from Bt215 to Bt300, effective in January next year.

As a large number of factories were hard hit by the country’s worst floods in decades, Ms Anuttama explained, the postponement will mitigate the impact on flood-affected employers. Overall restoration was expected to be completed within three to six months.

via Cabinet delays Bt300 wage hike to next April.