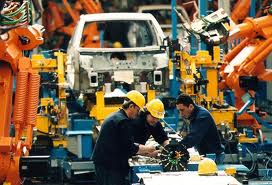 The Minister of Labor, Phadermchai Sasomsub, has revealed that 990,000 workers had been affected by this year’s floods. Out of this number, 500,000 have already been re-employed or have returned to their previous workplaces.

Mr. Phadermchai said that, in order to assist flood-hit workers, the Ministry of Labor had urged various workplaces to join a program to prevent and ease unemployment.

Under the program, participating workplaces will have to pay wages at not less than 75 percent of each employee’s normal salary, while the Government will provide a subsidy of 2,000 baht for each employee for a certain period.According to Mr. Phadermchai, 347 manufacturers, covering 210,150 workers, have so far joined the program. The Ministry of Labor is persuading other workplaces to participate in the program, so that another 200,000 workers will be re-employed.

Mr. Phademchai said that his explanations about the Government’s measures to help flood-hit entrepreneurs had received a positive response from manufacturers, especially Japanese investors.He said that Mr. Setsuo Iuchi, President of the Japan External Trade Organization in Bangkok, or JETRO Bangkok, had told him that flood-affected Japanese firms did not have any plan to relocate their investment bases in Thailand to other countries.

He said that JETRO had also proposed that the Ministry of Labor organize a job fair, saying that it would coordinate with Japanese workplaces, especially those located in northeastern Thailand and not affected by the recent flooding, to join the fair, where they might employ more Thai workers, if they were in need of them.

A flood-hit Japanese workplace, located in Navanakorn Industrial Estate in Pathum Thani province, has also sent a number of Thai workers to work in its Japan-based parent company. The move has helped maintain the employment situation in Thailand. During the past few months, the flooding situation has affected more than two million families and caused difficulties to a large number of people.

The Government has prepared a comprehensive plan to provide assistance to them, covering all groups, namely the general population, farmers, workers, and industrial operators. For instance, it has provided skill development for affected workers in accordance with the demands of business operators. Participants will receive a food allowance of 120 baht a day for a period of 10 days. In case of lay-offs, the affected workers will receive compensation in line with the Labor Protection Law.

via Inside Thailand — A Number of Flood-hit Workers Re-employed.