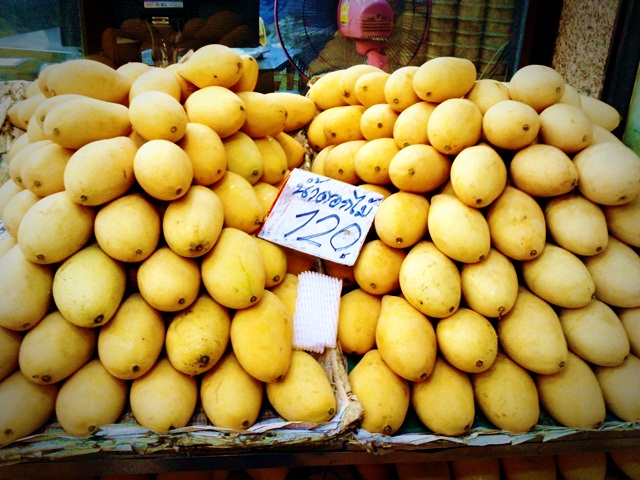 Thailand’s Consumer Price Index (CPI) stood at 114.3 in March, an increase of 3.45 per cent compared to the same period last year, Yanyong Phuangrach, Permanent Secretary for Commerce said on Tuesday.   It is considered a slight increase as the economy is recovering and reflected a sound economy as a result of the government’s economic stimulus measures and the commerce ministry’s measures to watch over the prices of necessities.

The Consumer Price Index in the first three months was up 3.39 per cent, compared to the same period in the previous year, while the March CPI was 0.59 per cent higher compared to the previous month due to food and beverage prices rising by 0.66 per cent in parallel with higher prices of eggs, dairy products and fresh fruit.

the March CPI was 0.59 per cent higher compared to the previous month due to food and beverage prices rising by 0.66 per cent in parallel with higher prices of eggs, dairy products and fresh fruit.

Hot and dry weather caused less produce for the market, while other non-food items were up 0.55 per cent.   Increased civil servant salaries are likely to affect Thailand’s inflation rate by 0.01 per cent and the daily minimum wage when it is fully implemented is likely to impact inflation only 0.1 per cent. The average inflation for the whole year is projected to rise to 3.9 per cent, higher than earlier targeted at 3.8 per cent.

The Ministry of Commerce projects the average inflation in 2012 to stay at 3.3-3.8 per cent.  Global oil prices, the world economy, natural disaster, volatile currency exchange and interest rates remain risk factors. Taxi fares rising 12 per cent and higher excise tax on air conditioners are likely to impact inflation by only 0.028 per cent and 0.07 per cent respectively. However, the inflation rate in the second quarter is projected to stay at 3.5 per cent, which is normal for improving economy with more spending. March inflation rises 3.45% year-on-year: Commerce Ministry

Between March 20-22, Bangkok University surveyed 1,203 people in Bangkok about current cost of living.*

Q1: Opinion of people whether they or their family have been impacted by the cost of consumer goods

Q2: Do you have sufficient income for the current cost of living?

Q3: What causes the price of goods to rise?

D. Mismanagement of the situation by government, 6.7%

E. Hoarding of goods while waiting for policy clarity of the government, 6.6%

G.  Other reasons such as cartels/monopolies, 3%

Q4. Comparing the performance of the Yingluck government with the Abhisit government

A. Ability to manage the situation well is about the same, 28.3%

C. Both governments are just as bad as each other, 26%

Q5. Does the Yingluck government pay attention/take an interest in (เอาใจใส่) in solving the cost of living problem?

Q6. Do you have confidence that the government can solve the current cost of living problem?

At the time of the poll, the 300 baht a day minimum wage increase hadn’t taken place. We are still yet to see how this will fully play out in terms of higher costs. The combination of higher energy costs and higher labor costs is clearly going to increase the cost of goods from now on so while a certain % – hard to guess exactly how many but you those on the minimum wage and even those above the minimum wage who will get pay increases – so do these people feel better off? Most likely, but there will be many others who won’t get pay increases to match the extra living costs. How many will blame government policy or energy prices?

**Only civil servants with a bachelor’s degree get 15,000 baht a month minimum. It doesn’t apply to the private sector.