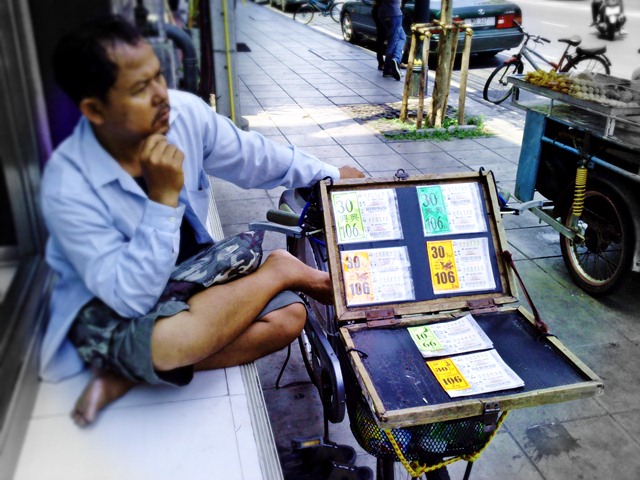 New figures from ADB’s Asian Development Outlook (ADO) 2012 show inequality is on the rise across the region – casting a shadow over Asia’s ongoing economic success. The “Asian Century” is the catch-cry of the new millennium. The region experienced a quick recovery from the last financial crisis and continues to post healthy growth figures. Poverty has been reduced across the board – the number of people living below the $1.25 a day poverty line fell by 430 million between 2005 and 2010 – and rising numbers of Asians are enjoying a middle class lifestyle.

In the long-term, studies have shown that by mid-century an additional three billion Asians could enjoy living standards similar to those in Europe. But while the region flourishes, the depressing reality is the march to prosperity has also seen a startling rise in inequality. New figures from ADO 2012 show that worrying inequality has risen in Peoples Republic of China, India, and Indonesia – the three most populous nations that have driven the region’s rapid growth.

Continued growth and structural transformation is critical to tackling inequality,

With economists realizing that inequality has been fuelled by the same factors that lead to growth, the ‘Asian Century’ may well turn into the ‘Asian Paradox’. “It’s a whole new ball game,” says ADB’s chief economist Changyong Rhee.

“Apart from income inequality the more serious problem is inequality of opportunity such as access to education, health, and better infrastructure. Policymakers are going to have to be more responsive.”

In Asia, the Gini-coefficient – the most common measure of inequality – rose from 38 to 47 in the past two decades.

Nearly 20% of total income went to the top 5% in most countries with available data.

If inequality had remained stable, it is estimated 240 million more people could have been lifted out of poverty over the same period. Rhee argues that lack of opportunities can be the basis for social tension, undermining the quality of government and leading to troubling populist politics.

“With technology and communications, people can see how others are living all over the world, and their desire to live more equally is increasing,” he says.

“Previously in the 1970s and the 1980s, Asia had high growth and low inequality because at the time, technical progress was more pro labor. Asia had more car factories and textile companies which used lots of labor – they were quite labor intensive industries,” says Rhee. “But these days, high-tech manufacturing companies, to be internationally competitive, they have to pay low wages or they usually use robots rather than people.” There are stark regional differences too.

While urban and coastal areas have blossomed, rural and inland areas have stagnated.

“In the last 30 years, many Asian economies believed that high growth would reduce poverty and that if you developed the coastal areas, then you could move inland, and the spillover effect would solve these problems. But we are now realizing that the speed of this spillover may not be fast enough to reduce the inequality,”

says Rhee. Continued growth and structural transformation is critical to tackling inequality, Rhee says, with a focus on building more infrastructures and creating more connectivity between richer and poorer areas.

“There also needs to be more investment in increasing decent, non-agricultural jobs in rural areas, alongside boosting productivity in the agricultural sector itself.”

He also highlights the need for greater investment in education, particularly with the latest ADO showing the earnings premium for tertiary education is 55% in Viet Nam, 70% in Mongolia, and a huge 90% in Cambodia. “It’s a hard and long-term problem to fix but on the other hand there has been significant improvement. We shouldn’t downplay the achievement in reducing poverty across Asia – it is a huge, enormous success compared to other regions,” says Rhee. Read More