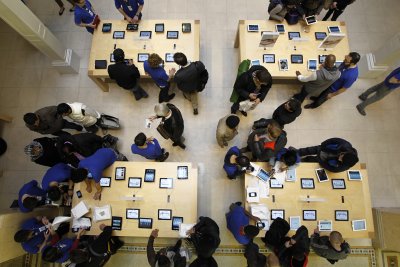 One could be forgiven for thinking that Europe just recently discovered the need for growth. In a public discourse that is shockingly simplistic given the formidable challenges that Europe has to tackle, the bottom line seems to be a choice between ‘austerity’ or ‘growth’. To the proponents of the latter, traditional, costly levers such as raising the number of civil servants or bolstering infrastructure investment, will kick-start the economy and create much-needed jobs. If only it were this simple…

Against the backdrop of a deepening crisis unfolding in Europe, the launch of the World Economic Forum’s Europe 2020 Competitiveness Report last week at a flagship summit in Istanbul could not be more timely. Indeed, the publication serves as a useful reminder that the EU has had a growth agenda for the past twelve years, commencing in 2000 with the introduction of the Lisbon Agenda, which was followed in 2010 by the Europe 2020 Strategy.

So for all those who have discovered the need for ‘growth’ only in past weeks, please note that even when there is a plan in place, there are no easy paths towards sustaining prosperity and raising employment. This is hard work that requires dedication and vision – not only in Brussels but particularly in the EU’s member states, where a ‘tax and spend’ mentality is still too often considered the easy way out of the crisis. That’s the bad news. The good news is that thanks to powerful, new digital technologies, it’s no longer necessary to resort to old-style, expensive shovel-ready projects to kick-start the economy and job creation.

The economic power of digital technologies

Without costly policy interventions in the form of subsidies or tax credits, digital technologies in general and the Internet in particular have become the economic backbone of modern societies, accounting for an estimated 21% of GDP growth in the world’s most advanced economies in the past five years. And despite the gloomy outlook, it is forecast to continue to grow exponentially. The Boston Consulting Group (BCG) estimates that the Internet economy will contribute a total of $4.2 trillion to the G-20’s total GDP by 2016, which means that if it were a national economy, the Internet would rank in the world’s top five, behind only the US, China, Japan and India – and ahead of Germany.

These figures underline the seismic shift in how growth is generated and economic value is created. Far from being a niche policy issue, as it is often treated in Europe, where the ‘Digital Agenda’ is essentially a side show unworthy of the attention of heads of government or finance ministers, it is in reality the 21st Century equivalent of what electricity was in the 19th Century or the steam engine in the 18th Century: a general-purpose technology that fundamentally transforms and modernizes the economy at large.

It is not without reason that in Europe’s most advanced – and successful – economies, the Internet accounts for a sizable chunk of GDP.

In 2009, 6.6% of Swedish GDP was attributable to the Internet, 4.3% in the Netherlands and 3.4% in Germany (projected to grow to 4.4% by 2015), compared to a paltry 2.2% in Spain. In a recent blogpost, Professor David Cleevely, founding director of the Centre for Science and Policy at the University of Cambridge, convincingly demonstrates the correlation between e-intensity – a measure developed by BCG based on adoption, expenditure and use of the Internet and e-commerce – and 10-year government bond rates, making the case that greater e-intensity results in lower borrowing costs and thus a better ability of a country to weather the current economic crisis.

At the heart of this digital revolution are of course companies, particularly small- and medium-sized enterprises (SMEs), which in Europe account for over 99% of all businesses. In an economic environment in which large multinationals are more likely to create jobs in emerging economies, and where governments have essentially stopped hiring, these SMEs are the cornerstone of employment creation.

A recent study by the European Commission concluded that 85% of new jobs in Europe are created by SMEs. What’s more, companies that make intensive use of digital technologies have been shown to grow twice as fast, export twice as much and create twice the number of jobs compared to companies that are technology laggards. But to be clear: this is not only — or even primarily — about high-tech start-ups, as the Digital Agenda is too often equated with. This is about using technology across all businesses and across all economic sectors. It is not without reason that according to the McKinsey Global Institute, 75% of the economic value created by the Internet arises from traditional companies that are using Web-based technologies to boost productivity, lower costs and reach new customers and markets.

While the economic benefits of the Internet and greater technology adoption are vast and convincing, Europe is struggling to unleash the potential of what is often referred to as the Digital Single Market. Many of the solutions could come at minimal or even zero cost: streamlining fragmented VAT systems which make cross-border transactions cumbersome, establishing a Europe-wide sales contract law to give greater legal certainty to consumers and businesses alike, or developing a Europe-wide framework for cloud computing, which could replace the 27 piecemeal systems currently in place. Technology is also a potent driver of competition and flexibility, both of which are in urgent demand in Europe’s overregulated, slow-moving markets:

As Europe rediscovers the need for growth, it will be imperative to take account of new economic realities, which clearly demonstrate that productivity, jobs and innovation come from greater adoption of digital technologies. This does not necessarily need massive government investment and it certainly doesn’t need old-style industrial policy and heavy-handed intervention, which would only further deteriorate public finances and undermine Europe’s credibility to get a grip on its problems. It does, however, need evidence-based policymaking; it does need political will and vision to advance the EU’s internal market and it does need a realization that the digital agenda is about mainstream economics which warrants the attention of top decision makers.

Albert Einstein once famously noted that we can’t solve problems by using the same kind of thinking we used when we created them. That is why the Europe 2020 Competitiveness Report — which features new, innovative indicators to measure performance and uses survey data from individuals operating in the real economy — holds such promise to highlight ways out of the crisis. Its analysis will provide intellectual ammunition to all those decision makers – many of whom are convening at the Istanbul Summit – who intuitively understand that growth is an outcome, rather than a policy. If it were the latter, wouldn’t all countries make ample and easy use of it?

The author is executive director of the Lisbon Council, a Brussels-based knowledge economy think tank, and a member of the World Economic Forum’s Global Agenda Council on Europe.